I was going through some old photos on my computer yesterday and came across pictures of our house in Grafenwöhr, Germany. At the time, it was still West Germany, so we’re talking late-80s here, right before the Berlin Wall came down.

These pictures aren’t our own but rather they were taken in 2007 by a friend of my sister’s who went back to visit the area. (Is that right, Becky?) 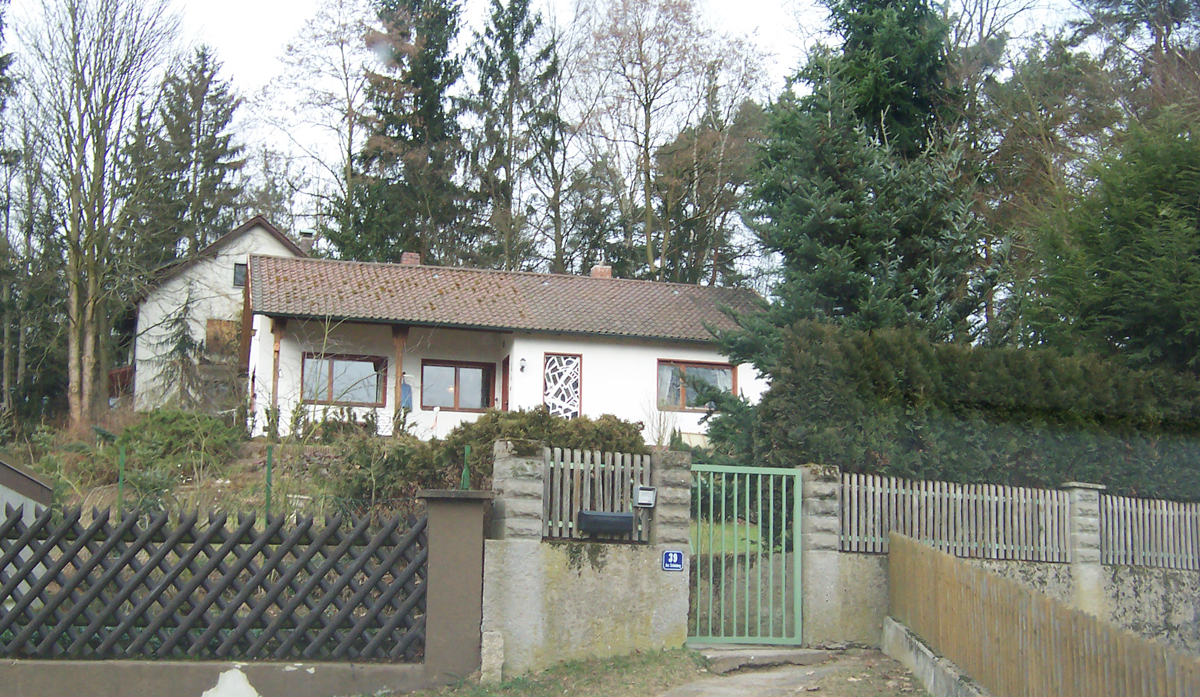 They don’t reflect what it looked like when my family lived here because the house used to be entirely surrounded by trees. Walking up to the front gate was a bit eerie because unless you’d been there before you didn’t know what was on the other side. It was a magical house for me, not only because we were living in a foreign country but also because the architecture and elements of a German house are so different from American houses – the stained glass, a door to every room, rouladen blinds on the wide windows…

And then there were the snails and slugs on the walkways when it rained, the hedgehogs that nested and hid under the pine trees, and all that rhubarb that grew on the front knoll. Magical indeed.

I’m thankful that my parents chose to take us off the Army base and immerse us in German culture. On the rare occasion, I think about what decisions we could make to give our boys a similar experience.

3 Replies to “Throw Way Back Thursday: 39 Am Schonberg Strasse”