I’ve had the blog challenge on my to-do list since January, so it’s quite an accomplishment to finally get to it in October. Winning! 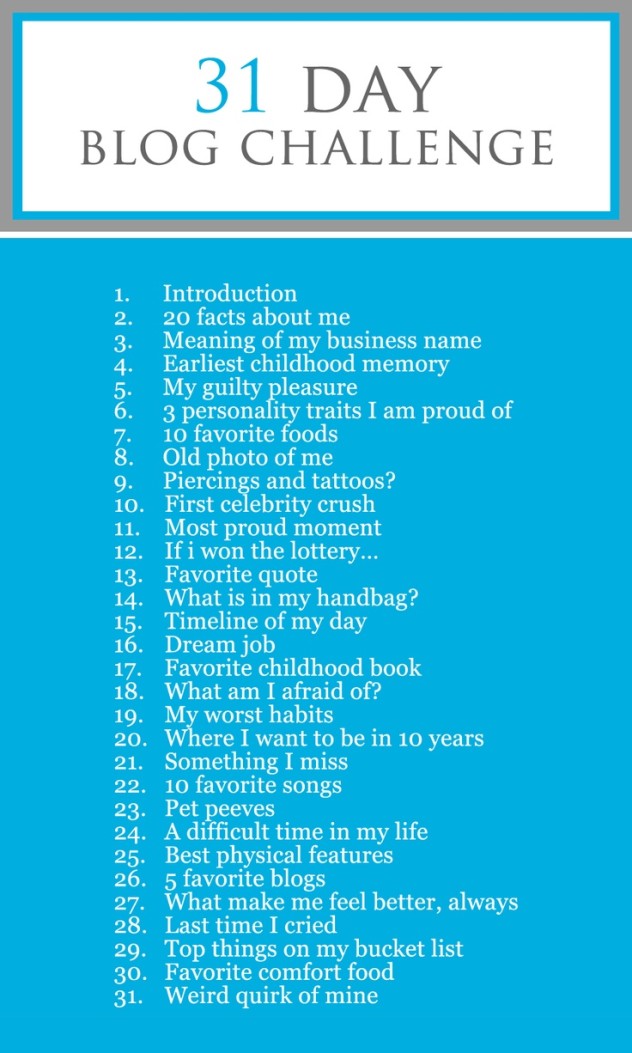 I was born on a military base near Savannah, Georgia, and in keeping with the rest of my childhood, we moved immediately. From birth until high school graduation, I lived in seven cities (six cities in four states, one city in Germany) and switched schools about every three to four years.

On the list of schools I attended are: a run-of-the-mill elementary school in Virginia, a wildly diverse Department of Defense Dependent (DoDD) school in what used to be West Germany, a predominantly black middle and high school in Clayton County, Georgia, and predominantly white all-girls college preparatory high school in Chattanooga.

I am as un-cookie-cutter as they come. When I tell you that I don’t care if you’re black, white, red, or purple, I mean it. What matters the most to me is if you’re kind.

I met my husband a few days after I turned 17 (he was still 16) and we became good friends. Good friends turned into sweethearts, which translated into two proms, a long-distance engagement during college, and eventually a wedding. Infertility struck, so we chose adoption and our kiddos are pretty fantastic. (So are the birth families.) After a few years in traditional school, we got a wild hair and switched gears entirely by becoming a homeschooling family. Some days are stellar, other days are not. Don’t talk to me about homeschooling on those days.

Aside from a brief stint in Texas, we’ve lived primarily in east Tennessee and, because of that, I’ve finally reached the point of feeling like I have a home. Army brats know how disorienting it can be when someone says, “Where are you from?” We tilt our heads like curious dogs and wonder. Home is wherever your stuff is, wherever the Army sent you, wherever your parents happen to live. And while I’ve always identified as southern, I never latched on to a particular city and state.

Now I can say that Tennessee is indeed home and it’s filled me with a strong sense of civic pride. Whenever Chuck brings up the option to move, I say, “But why move?”

When I’m not homeschooling, I’m writing, running, reading, or taking pictures, but you already knew that.