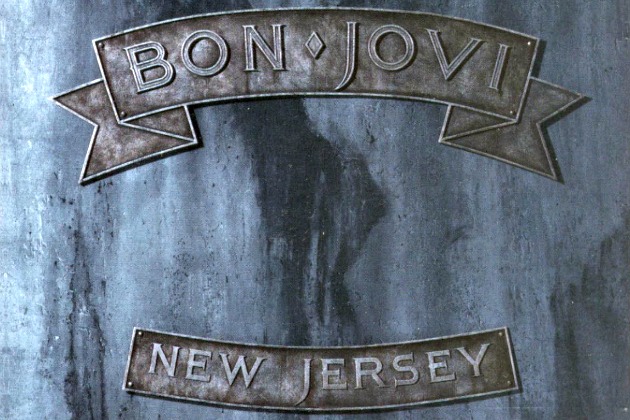 In 1988, I was ten years old and in the fourth grade. I lived in Grafenwöhr, West Germany, and attended school on the Army base with a bunch military brats who craved American music and pop culture. Every Sunday we’d listen to the Top 40 with Shadoe Stevens on the one and only radio station in English, AFRTS. We waited all week to hear the latest music from Debbie Gibson, Bobby Brown, Def Leppard, and, of course, New Kids on the Block. That was all well and good and wonderful. But for me, I held out for one band in particular.

Bon Jovi. And yes, these were the posters that hung on my bedroom wall. I still have them. 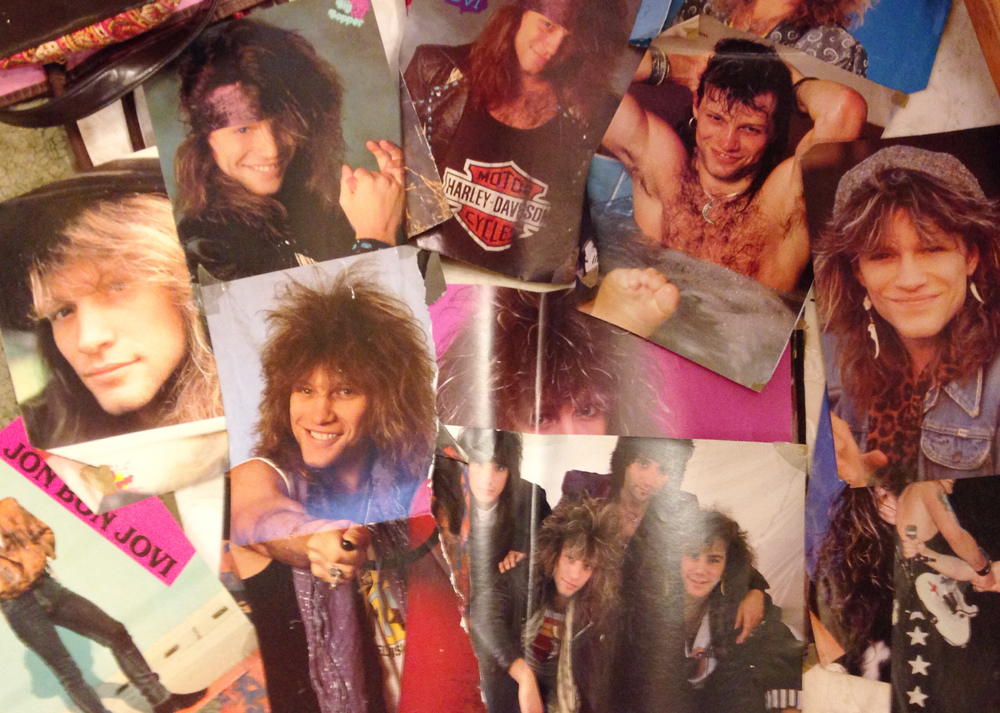 While my sister papered her walls with pull-out NKOTB posters from Teen Beat magazine, my walls were covered by Jon, Richie, Tico, David, and Alec. My Trapper Keeper was the cover of the Bon Jovi New Jersey album. With my teased bangs and permed mullet, I sang my heart out to “You Give Love a Bad Name” and “Livin’ on a Prayer,” oblivious to the fact that Slippery When Wet referred to anything other than a common street sign. Ahem.

Jon Bon Jovi was my first heart throb, my first flutter of something that made me swoon. That affection lasted well into adulthood when I finally saw him in concert on their Crush tour in 2000 and again when they released Have a Nice Day in 2005. (My mother took us to see New Kids on the Block in Munich, but seeing Bon Jovi in concert was a no-go in elementary school.)

Though I bought and mostly enjoyed Lost Highway, my Bon Jovi affection officially waned when Mumford & Sons and The Killers took up residence in my heart. Yet, their music will forever be nostalgic to me. It is a large part of the soundtrack of my childhood.

This morning, for reasons unknown, I wanted to reach back into the depths of my iTunes collection and unearth some nostalgia. On the way to our homeschool co-op classes this morning, I played for the boys a selection of my favorite older Bon Jovi songs, including “Livin’ on a Prayer,” “Someday I’ll be Saturday Night,” and “Lay Your Hands on Me.” The boys indulged me and endured the music as loud as we could stand it.

When we got to where we were going, I threw the car in park, turned off the music, and said, “So, what do you think? Do you like my old music?”

To which they replied, in order:

Jeremy: “Some of this music is inappropriate.”
Jackson: “Let’s listen to more!”

So I played it all the way home too.