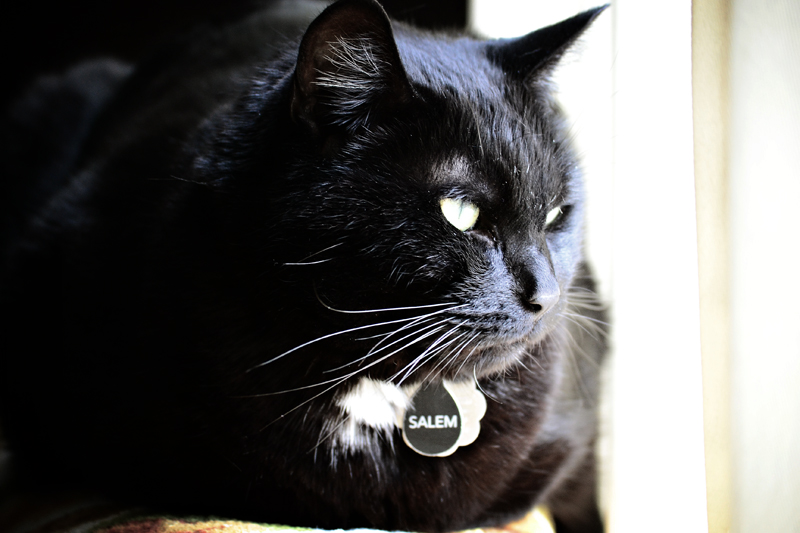 This is how our veterinarian began the conversation. For the second time, Salem is being hospitalized for being unable to urinate. Common in male cats, the muscles of the urethra spasm and constrict, making it impossible for him to relieve himself, which, if left alone, would kill him.

Why is this happening, you ask? The first time there were crystals found in his bladder, which helped create the obstruction along with the muscle spasms. He spent three days at the vet sedated with a catheter. This was the week before Christmas. He came home with two types of muscle relaxers and a special diet.

Then, Monday night, I found him in the bathroom sink trying to pee, the same behavior he exhibited in December when the urethra was completely closed. Bizarre behavior. A sign of desperation.

Sure enough, the urethra was locked shut because of a spasm so he hasn’t urinated in nearly two days. Salem will spend another three days at the vet sedated with a catheter.

When I asked why this happened again, the doctor said it might be because of stress.

I am so tempted to argue that remark and echo what Chuck said last night, “What in the world does that cat have to be stressed about?”

No, they do not get along. It used to be that they tolerated each other, ignored one another, and kept to themselves. But Major has grown bolder this year, challenging Salem with a keen eye and pointed stance when he walks by. This prodding results in Salem hissing, running away, and retreating to a spot where Major can’t reach him.

Only late at night can the two lay on either side of me, resolving to share my attention.

But I’m not sure his stress stops there. If it’s true that our animals and children sense negative energy in the house, that they will siphon it and project it in their own behavior, then I am just as guilty as Major for causing stress in this house. 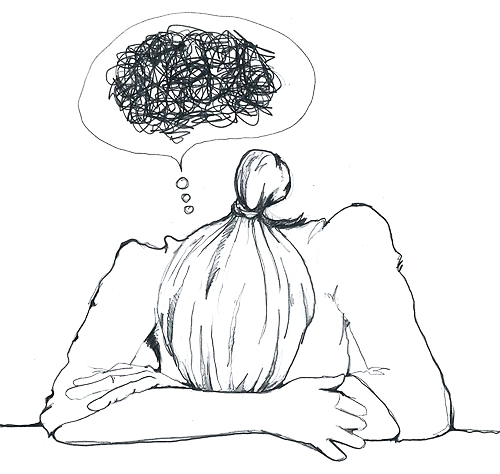 I am so nervous and high strung that little invisible stress-filled balls of anxiety escape my body at random, swirl around each room of my house, and supplant themselves in people and pets. It’s true that women have the power to set the mood of the house, and in this house of all men, I’ve created so such apprehension that even the cat can’t pee.

I’m not making light of it, and I’m sure I’m not alone. Anxiety is why I can’t sleep, why my stomach is upset so often, why I get headaches, why I snap at the boys, why my shoulders are up to my ears even now. I take medication, I exercise, I eat mostly well. I’m not sure what else to do. There is no switch to turn off my brain.

Salem will stay at the vet for the rest of the week. Hopefully I can bring him home on Saturday. It will cost an obscene amount of money and he will be on medication the rest of his life.

And if we can’t get a handle on this, then that’s another story altogether.