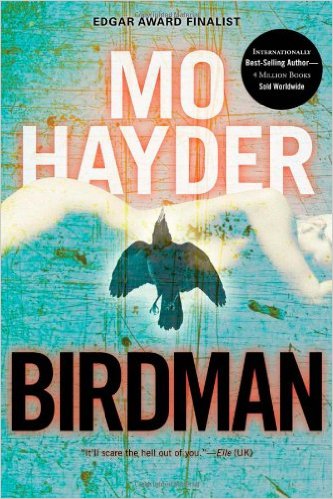 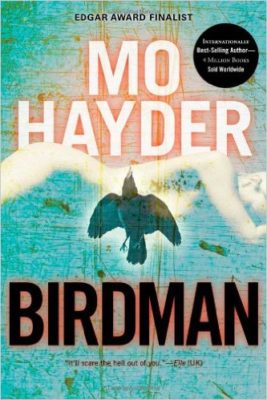 After reading The Devil of Nanking last year, I sought out Mo Hayder’s entire collection because I knew she was a writer whose works I wanted to consume. I learned that she had an entire detective series to devour, so I found Birdman at Book Depository and ordered it right away.

Just as I’d hoped, it was as gruesome and edgy as Nanking.

Detective Jack Caffery must investigate the grisly murders of several women – with more to come – after their mangled bodies are discovered near the Millennium Dome in Greenwich, England. The killer’s method of mutilation is vexing, especially when one lead goes dry and no one in the department can agree on motive or means of technique.

On top of the murders, DI Caffery must deal with a girlfriend he wants to dump and a pedophile neighbor whom Caffery suspects killed his little brother many years ago. He is walking on a tight wire of high anxiety. DI Caffery’s life reaches fever pitch when he knows two more murders are about to happen, so he risks his own life, as well as his career, to find the Birdman.

Unlike other police procedurals, which can be short on detail but high on drama, Mo Hayder has a way of making readers feel like they are seeing everything with their own eyes. She is meticulous with her details, and her graphic imagination is limitless.

If you like cozy mysteries, Mo Hayder is not for you. If you were a Dexter fan, then you can handle it.