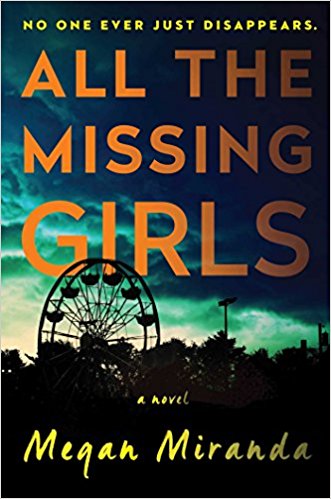 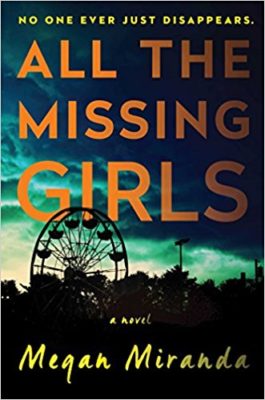 When Nicolette (Nic) returns to the small North Carolina town where she was raised to help manage the sale of her family’s home, she does not expect for all the mess from her past to resurface. She hoped to get in and get out and return to Philadelphia as quickly as possible. After all, she left her former life behind on purpose. It served her no good. Yet, the memory of her best friend who disappeared a decade prior is as fresh as yesterday. Plus, the mystery of Corinne’s disappearance is fresh in everyone’s mind because a second girl, Annalise, goes missing just days after Nic returns. Of course, it’s no coincidence.

All of the main characters – Daniel (Nic’s brother), Tyler (her former boyfriend), and her father, who lives in a nursing facility on account of his dementia – know more than they let on. The primary questions throughout All the Missing Girls are simple: What happened to Corinne? Where is Annalise? What are the secrets everyone is keeping? What is rumor, and what is truth?

In order to answer those questions, the story moves backward. Literally. Each chapter begins with “The Day Before,” which means we the readers are led to the conclusion by moving one day backward until we wind up where we started, two weeks into Nic’s return home.

While seemingly clever at first, the pattern of Megan Miranda’s storytelling lost its appeal after the first quarter of the book. She dangles carrots in our faces, teasing and leading us back in time with punchy phrases and patterns of suspicious behavior. It should make for anxious suspense, but I didn’t bite. I guessed chunks of the ending by the halfway point, so when I reached the conclusion and the truth of Corinne’s and Annalise’s disappearances was revealed, I felt a wash of relief that I was nearly done and could move on to another book.

Perhaps this process is a matter of taste – to move backward instead of forward. The mystery on its own was a good one, but the journey in which it was uncovered was not.