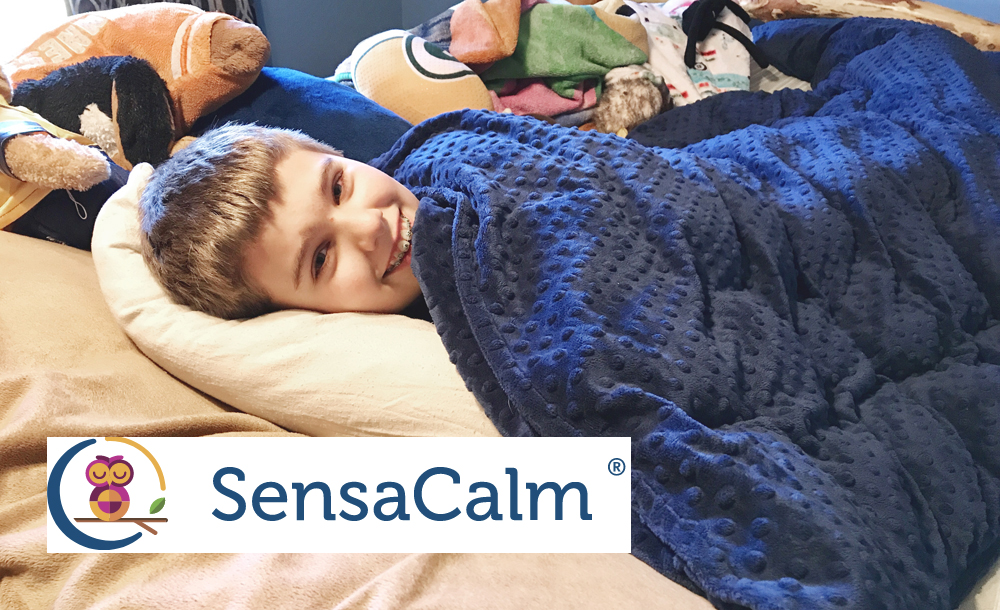 When I was approached by my friend, Donna, to consider reviewing the weighted blankets she sells, I readily agreed. I’m not the habit of reviewing products or services on this site, but what she didn’t realize is that I have a 14 year old who really struggles to fall and stay asleep. He has a busy brain and will lay awake at night trying to quiet his thoughts. Even when he manages to fall asleep quickly, he often wakes up during the night and struggles to fall asleep all over again.

Granted, there are a lot of reasons this happens and there are many ways to treat it. Short of giving him sleep medication every night, I’ve tried a lot of things! Yet, I never considered a weighted blanket. Prior to researching SensaCalm, my knowledge of weighted blankets was that they were for kids with autism and/or ADHD who struggle with sleep. It didn’t occur to me that general insomnia and restlessness might be mitigated with a weighted blanket.

Similar to being swaddled like an infant, weighted blankets are said to trigger pressure points in the body and release serotonin, which has a calming effect. For those who wrestle with anxiety and have disrupted sleep as a result, I can see the benefits to using a weighted blanket at night.

When the blankets arrived the boys were immediately excited. They were heavier than I expected, but as soon as I’d unpacked them and laid them across Jeremy and Jackson’s bodies, they were giddy. They said it felt as if they were being hugged. They actually couldn’t wait to go to bed that night to see what it felt like to sleep under their new blankets.

The first night was a challenge! It took some getting used to, particularly since the blanket is not over-sized. They aren’t meant to cover the size of the bed but rather cover the size of your body. A couple of times their blankets fell to the ground, so they had to pull them back up and readjust.

However, that was the only hurdle. After a month of use, both boys say they are falling asleep more quickly and staying asleep more easily. They love feeling “hugged” by their blankets.

The twin-size, 13-pound blankets are made up of a grid of pockets with pellets inside as weight. Covering the blanket is a soft “cuddle” fleece that adds even more warmth and comfort. 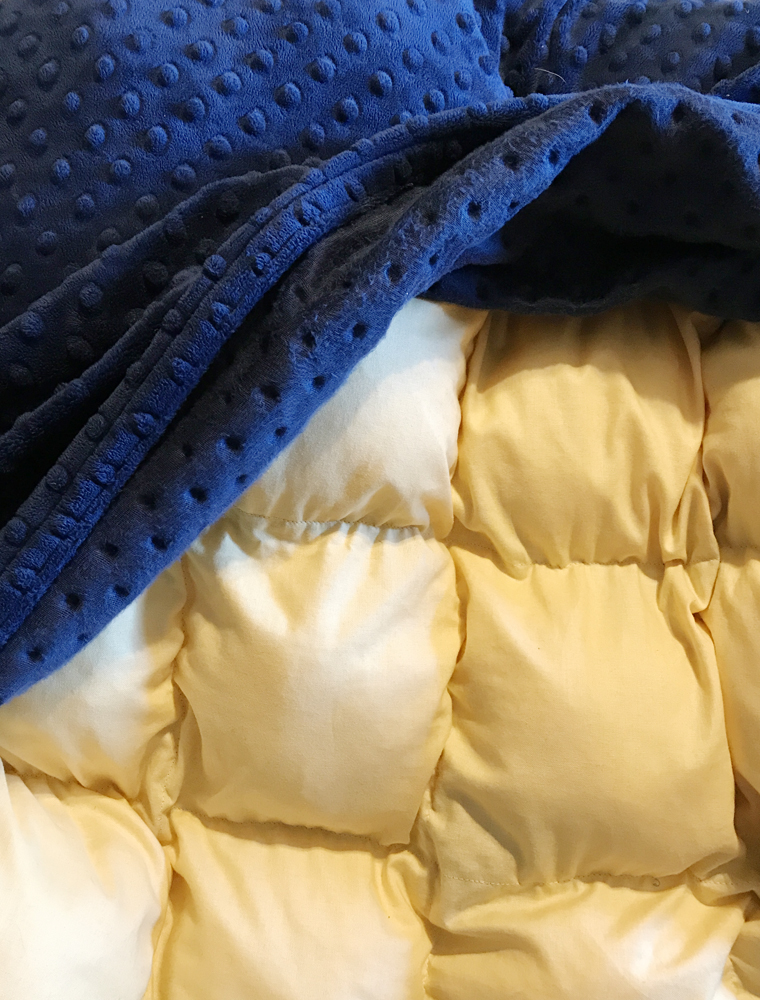 The duvet is held in place by strategically-placed snaps. That’s handy for washing! 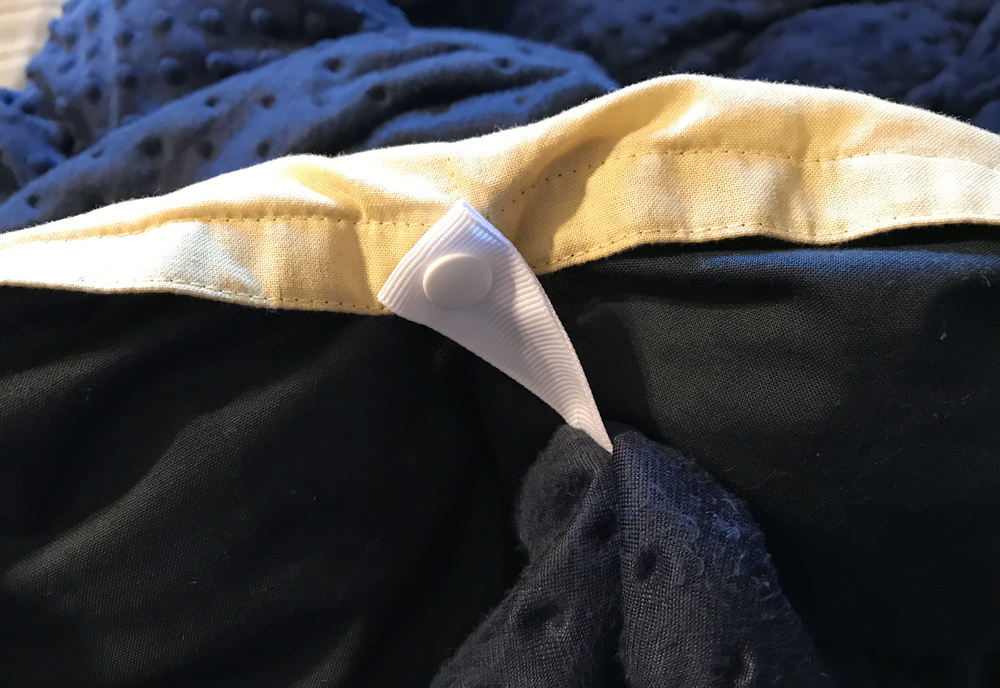 Ultimately the blankets are a success! And while the traditional weighted blankets aren’t travel-friendly, small lap-size blankets might do the trick. 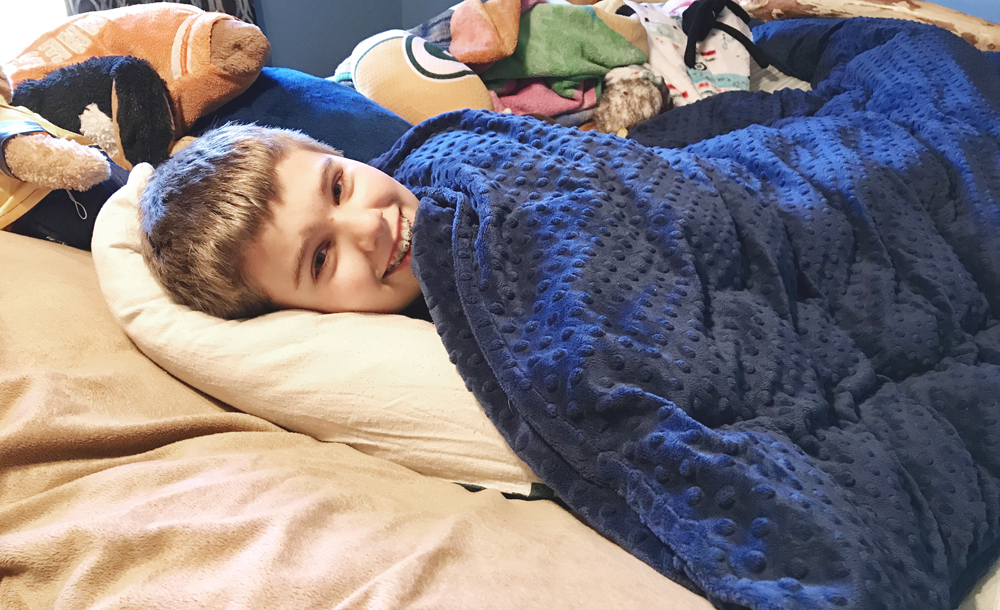