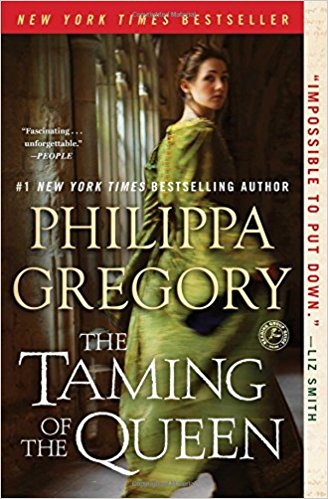 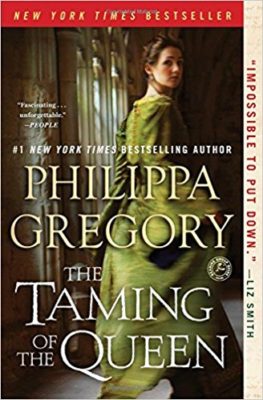 On the morning of the Royal Wedding, I felt a strong pull back to an early literary love of mine – The Tudor Series by Philippa Gregory. Having read almost everything Gregory has written about the Tudors and Plantagenets, and a few other royal dynasties, I recalled that I never read the book she wrote on Kateryn (Katerine/Katherine/Catherine) Parr, Henry VIII’s sixth wife, the one who lived.

Once Harry and Meghan were hitched, I grabbed The Taming of the Queen from my bookshelf and got down to business, finishing it in only a few days. Why I love these people so much is beyond me, but I do, I do, I do. And now I want to re-watch the entire Tudors series just to enjoy them more.

For those who aren’t up to speed on the Tudors, Henry VIII married Kateryn Parr in his final years, after executing two of his wives (Anne Boleyn and Catherine Howard), setting two aside (Catherine of Aragon and Anne of Cleves), and mourning one who died not long after childbirth (Jane Seymour, his “true wife,” whom he’s buried next to in St. George’s Chapel). In this final season of his life, the ongoing struggle between Catholics and Protestants persisted, and Henry, as the self-appointed King of the church, was the primary audience for disputes.

Five of his wives had strong opinions on religious matters and Kateryn Parr was one of them. She was a writer and thinker, which wasn’t appropriate for women of her time, much less appropriate for a queen, but Henry indulged her – for the most part. The primary conflict in this story occurs when Henry’s whims shift from mostly Protestant (good for Parr) to somewhat Catholic (bad for Parr), and the flurry of men around the king attempt to sway him further.

We already know how it ends. Henry VIII dies and Kateryn lives, but there was a rush of tension in the short years they were married. If you’re interested on royal dynasties, then it’s likely you’ve already read Gregory’s books. If you want to get into the series, don’t start with The Taming of the Queen. Start with The Constant Princess, or go to her website and decide where you want to begin on the historical timeline.