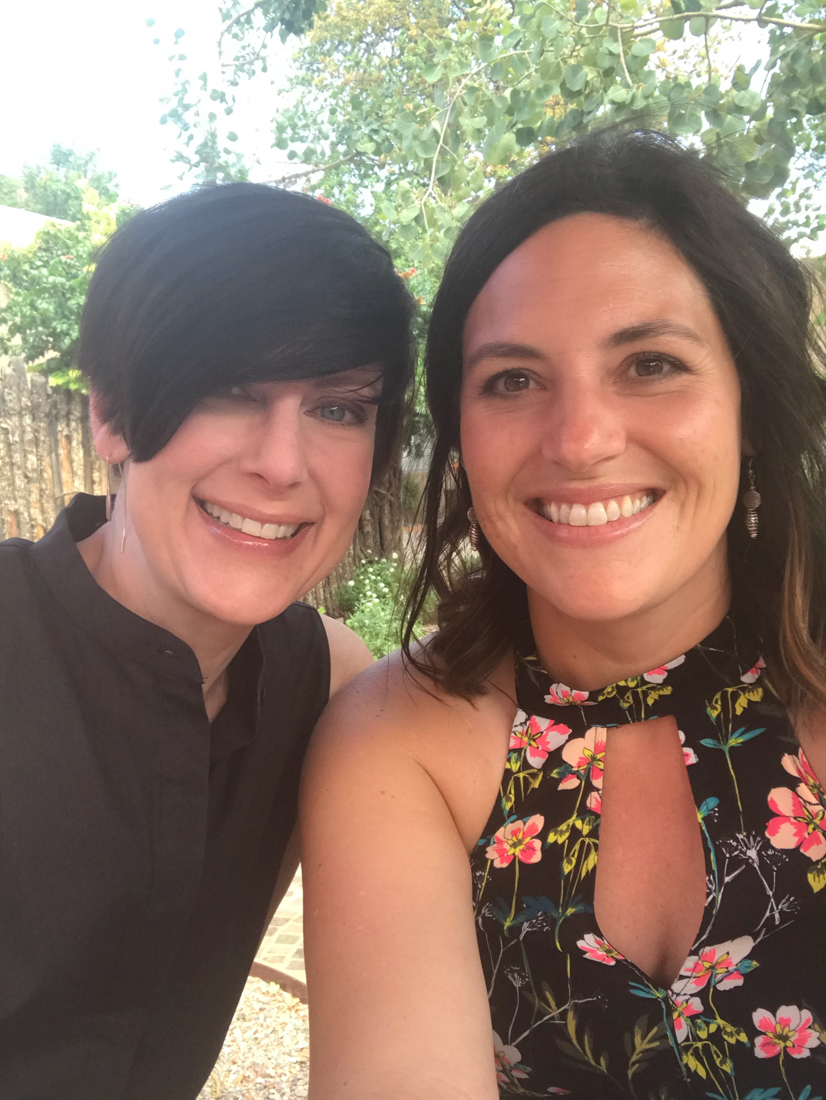 Earlier this year, Chuck started asking me what I wanted to do to celebrate turning 40 years old. Figuring that I wanted a party of some sort, he came back to that idea a few times – venues and guests lists. Nope, I reassured him. That’s not what I wanted. What I really wanted to was to go back to Amarillo and visit Michele.

We met in 2009 when I responded to an ad for a features writer for the city’s magazine. We’d been freshly transplanted from North Georgia to the Texas panhandle, which meant I had given up my column of eight years in the Chattanooga Times Free Press. It was a natural thing to look for a job since homeschooling wasn’t on the horizon and the boys were approaching school age. When I interviewed with Michele, I felt an instant connection – not just that I wanted to work for her but that I wanted to be friends with her.

I was hired by March, and I knew right away that working at the Globe-News, specifically Amarillo Magazine, was going to help me adjust to the high plains, an area of the country unlike anywhere I’ve lived before. Michele became my boss and, soon after, my friend. She helped me find my way around Amarillo, helped me find a doctor, helped me navigate the school system, helped me feel not so lonely.

Michele and I worked in sync and had a blast while doing so, but with much at stake for our family, I knew I couldn’t stay. We needed – and wanted – to move back home to Tennessee. So, three years after meeting Michele and enjoying every bit of my job as the features writer for Amarillo Magazine, I said goodbye.

I texted her in May or June (I can’t remember now) about visiting her during the summer. We wouldn’t stay in Amarillo, but I would fly there and we’d drive to Santa Fe, the best little retreat three and half hours from the panhandle. We used to run away to Santa Fe when we lived in Amarillo. In fact, my favorite camping trip ever was just north of the city at Hyde Memorial State Park.  We also spent the first Christmas without my mother-in-law in Santa Fe, an attempt at grieving and figuring out what happens to a family after the matriarch passes away.

We settled on dates and I immediately starting looking forward to the trip. We moved away in 2011 but I went back there in 2014 – also for my birthday. That’s the last time Michele and I saw each other in person.

While I was eager for many things, the most important first thing I had to do upon arriving in Amarillo was meet Wilson F., Michele’s dog.

The first night in Amarillo was relaxing, which set the tone for the next four days. We never moved too fast but that was intentionally.  We didn’t want to spill our wine.

I didn’t take my camera on the trip so as to not distract myself from present company, but I snapped plenty of photos with my cell phone, which does a fine job of capturing things I don’t want to forget – like this place:

Our lodging for two nights was a delightful boutique hideaway near the main square, but that’s actually what every worthwhile thing is in Santa Fe – hideaways. Little restaurants and hotels are tucked away behind unsuspecting doors and corners. You have to take a chance on everything because facades are deceiving.

We had no agenda, other than to patronize the short list of shops I wanted to revisit – The Collected Works Bookstore & Coffeehouse, Double Take (the best consignment store I’ve ever known), and wherever the wine was good.

We returned to Amarillo Tuesday afternoon so I could catch the Wednesday morning flight home, assuring I could spend my actual birthday with Chuck and the boys.

We grabbed dinner at 575 Pizzeria, a favorite of mine when I lived there. As a bonus, Andy Chase Cundiff was on the calendar to perform – another favorite – whose artwork currently hangs in my home office. He is one of the sweetest men I’ve ever known. (As a third bonus, the first song he sang was “Crazy Love” by Van Morrison, which is the song Chuck and I danced to at our wedding reception nearly 18 years ago. I wept.)

And thank you, Wilson F., for sitting so perfectly for this photo:

2 Replies to “Santa Fe with Michele”