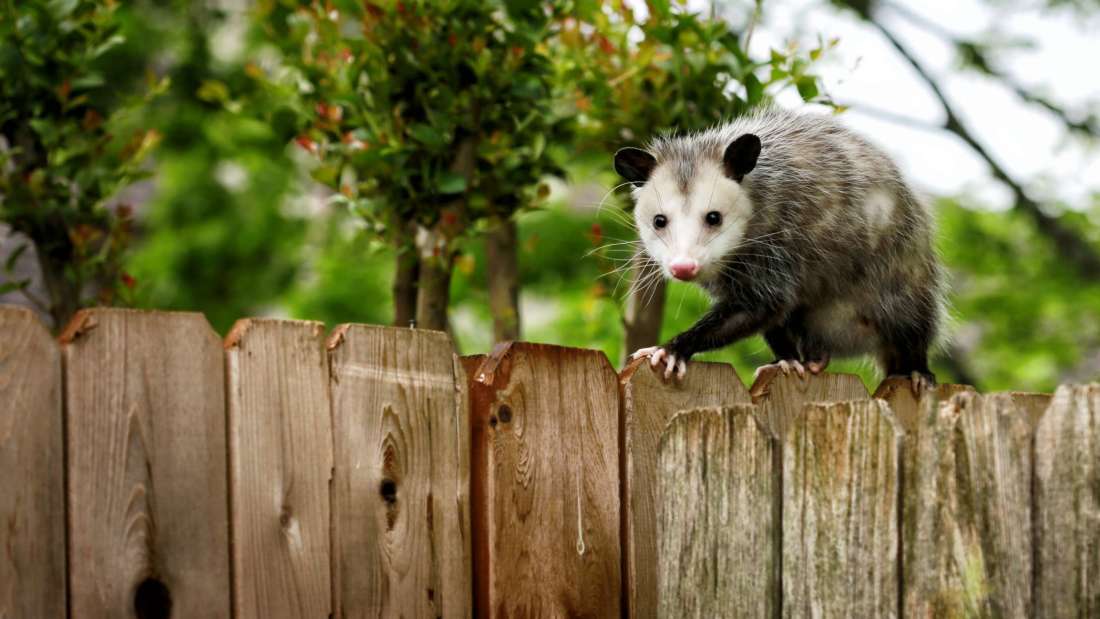 It began on Tuesday night, September 4, when Major lost his mind.

Evenings are typically low-key for our blue tick hound, but something had triggered his hunting instincts. Instead of dozing his way into the night, Major ran circles around the backyard, barking, howling, and panting. I went back and forth, back and forth to the patio door, trying to discern what caused Major to be alarmed.

On the third or fourth check, I saw the culprit: he cornered a possum on our patio, and the creature was noticeably scared. He hissed and hunched as I pulled all 85 pounds of Major by the collar inside the house.

But Major didn’t settle down. He knew the intruder was still there. Where did he go?

Inside the dryer vent hose, of course, but we didn’t know this detail until Friday night when the boys and I spent well more than an hour trying to lure the creature out of the hose and away from the house.

We kept Major locked in the bathroom, and we were victorious.

One might think this means the possum moved out of our backyard. Alas! No! He lives with us still. Our victory was short-lived.

Every night for the last week Major has situated himself on the patio – on patrol, you might say – waiting for the possum to return. He is on high alert, and his Spidey senses are on point.

This translates to sleepless nights for us. Though we bring Major inside at our bedtime, he can’t help himself at 2, 3, and 4 a.m., when he feels the need to patrol the yard.

Until last night, I was sure he was overreacting. SURELY THE POSSUM HAS MOVED OUT. After all, why would he stay? We’ve done nothing to make him feel welcome.

Last night, a little after midnight, less than an hour after I fell asleep, I woke to the sound of Major whining at the back door. Here we go, I thought. Another night of chasing the possum who’s no longer there.

BUT I WAS WRONG.

I opened the door and out Major goes, nose to the ground as he runs the perimeter of the yard. I’m standing on the patio in my pajamas, dog-tired, irritated, wanting to explain to my non-hunting hunting dog that he’s lost his mind.

I watch as the two go in separate directions, Major in a frenzy, the possum unfazed. He is laughing at us, I’m sure, me in my pajamas, Major in his panic.

The possum eventually moves out of my line of sight, into a tree perhaps, and I use the leash to bring Major back inside, where I promptly give him Benadryl to calm him down.

If anyone knows of an effective, no-kill possum deterrent, help a sister out. I miss sleeping through the night.