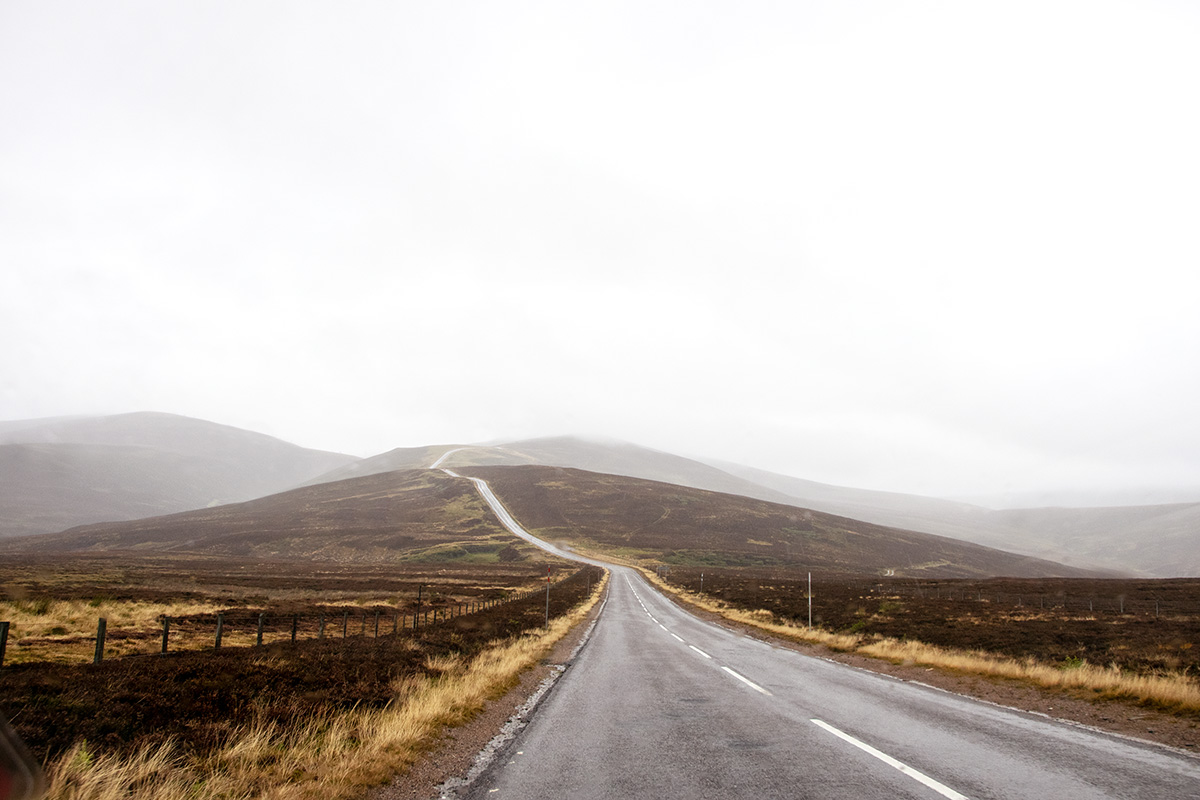 Having spent one full day in Edinburgh and one full day in London, I for sure knew I was a country mouse. We both were excited to get back to the countryside, and our plan for the day was to locate specific places where Chuck’s ancestors used to live. Eventually we’d end up in Inverness.

We checked out of the apartment and headed north. The route was curvy and we anticipated occasional re-routing. If there looked to be an interesting pull-off along the way, we’d stop – like this spot, which is Cargill’s Leap on the River Ericht:

We also stopped at the sweetest little library:

The first stop on our ancestral tour was in Kirkmichael, a tiny village with one school, a little church, a village shop, a fire station, and a couple of inns.

We took a quick stroll through the kirkyard in search of names, but after no success, we went to the pub – of course – to enjoy a pint and talk to the barkeep about village life.

We lingered in the pub for a good hour, curious about life in Kirkmichael and surrounding villages. How did places like these stay afloat? What had the town looked like when Chuck’s ancestors lived there in the 1770s, right before they moved to Townsend? There are fewer than 200 people who live in Kirkmichael currently, and even the barkeep came into work from a neighboring town.

We finished our drinks, bid farewell, and headed north again. Autumn color was brighter in Scotland than it was in England, even with the foggy rain. And the sheep! They were the most delightful roadside attractions. I had a hard time controlling myself with the camera. Sometimes they were close enough to pet, and  know I really wanted to pet them.

Though most of Scotland reminded me of East Tennesse, certain parts of the countryside in Cairngorms National Park reminded me fondly of Iceland.

Just look at this face:

Since it had been raining in Scotland for several days, waterfalls and rivers were full and high.

Back on the road we went again, farther north to the Glenlivet Distillery.

No pictures were allowed in the actual distillery, which is a shame because the set-up is impressive. Everyone enjoyed a tasting, and I honestly tried my best. I am not a whisky girl, but I’m also not a quitter. A little water in the whisky helped it go down with less burn.

Our Airbnb was west of Inverness in a town called Kirkhill. It was the biggest space we’d secured yet, and after looking through the visitor’s diary we learned there’d been guests to stay for months on end. (A quick video of the place can be seen on my Instastories.)

We arrived at dusk and, since we had no groceries and nothing within walking distance, we hopped back in the car and drove to the next closest town, Beauly. There, we grabbed dinner at the Lovet Arms and popped into a tiny co-op for a few staples.

Photo of me after dinner:

Either I’d had too much cider, or I was delirious from travel fatigue, but this package of Wee Skinny Ma had me in stitches and unable to walk fully upright in the grocery store.

I Googled it and learned that Skinny Malinky Longlegs is a Scottish children’s song. I will never be the same.

Up next: Inverness and the eastern coastline drive to Banff