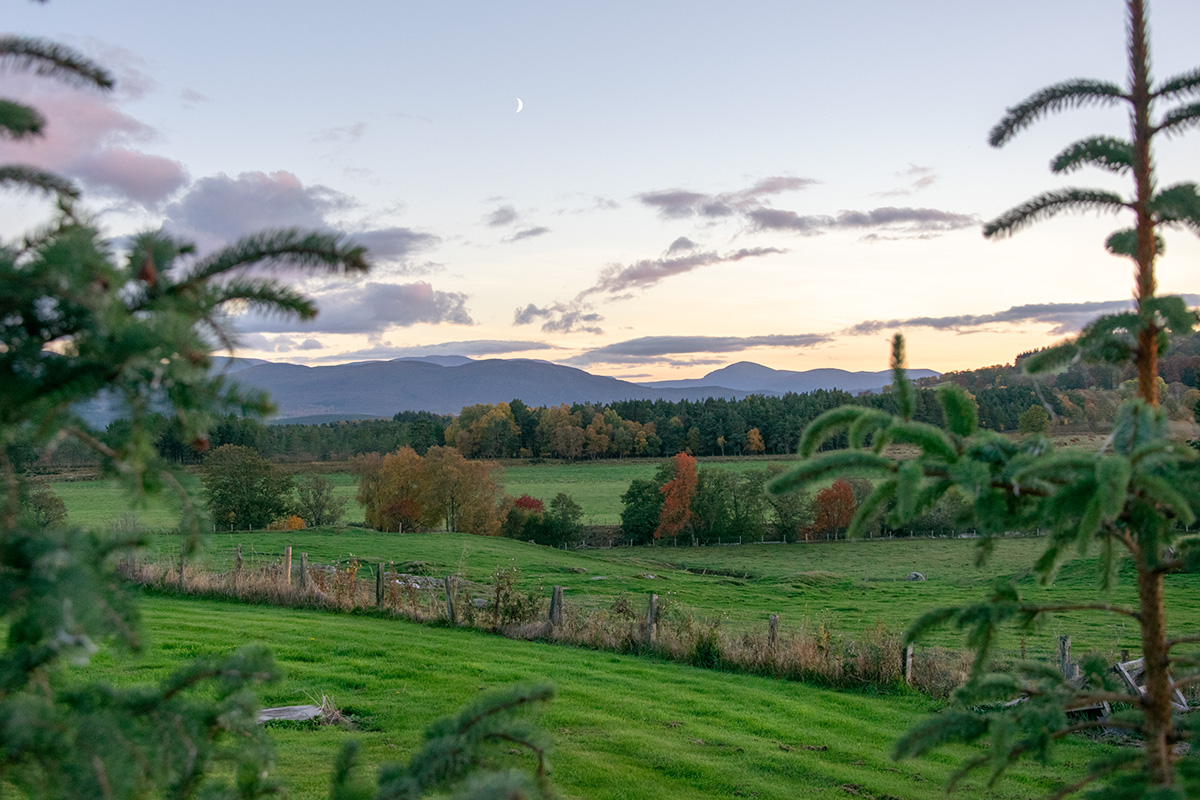 By Day 9, we were acutely aware of how quickly time was passing us by. It was an impossibility to see everything on our respective lists, but we would sure as heck try.

Our Airbnb in Kirkhill was a sweet little one-bedroom house on the owners’ property in the country and perfectly situated to jump down to Loch Ness and Urquhart Castle before heading east.

Bits of Urquhart Castle back to the 500s, but its heyday was in the 13th and 14th Centuries when it was a military stronghold. It was a garrison for the Jacobites and their supporters in the 1600s, but the place ultimately fell into ruin in 1715 and thereafter.

From every corner is a beautiful view of Loch Ness.

If I didn’t know any better, I’d say this photo was taken in East Tennessee:

It was too cold to dip our toes into Loch Ness, but we got as close as we could.

Off we went to Inverness, which could easily pass for the Scottish version of Knoxville or Chattanooga. Give me Inverness over Edinburgh any day of the week.

The River Ness was moving faster than I’d seen a river flow, particularly being that wide and shallow. We even asked the waitress at lunch about how fast it was flowing and she said it’s run faster before. If you jumped in, you’d be in the North Sea in minutes.

We went to The Mustard Seed for Sunday lunch, which offered a solid meal and a stunning view of the river. Though our dinner at the Thomas Becket pub in Canterbury was our favorite, this lunch was a close second.

You can’t tell by the photo, but Chuck was so happy with his meal that he wore a steady grin on his face the whole time. Even buttering this piece of bread was enjoyable. We really loved carbs on this trip.

We hit the road for one last swing along the coastline to find a graveyard where a few of Chuck’s ancestors could potentially be buried. We drove through Cullen first.

Banff was home to the graveyard where we looked for Camerons. (Doesn’t everyone traipse through graveyards on their wedding anniversary trip?)

We actually found two Camerons, but we weren’t sure if they’re related or not. We took photos to bring home to our family historian, Aunt Linda.

After our graveyard stroll, we stopped in the town of Banff to eat ice cream and then promptly walk off the calories.

Because there were considerable calories.

By now the sun was starting to set on our last night in Scotland. The sadness started to creep in, at least on my part. I knew leaving the next day was going to be hard.

We stopped along the roadside for sunset photos because – again – it looked so much like East Tennessee.