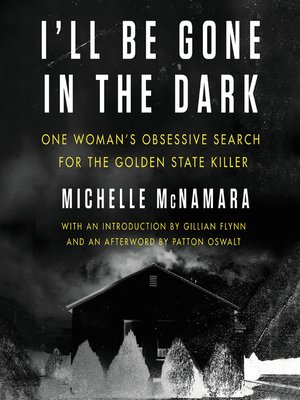 I’m late on this review, but it is not a reflection on its quality. I listened to it on audiobook this summer while training for a race, so I had plenty of time to dive into the details of the Golden State Killer, also known the EAR (East Area Rapist).

If this title and author is unfamiliar to you, it’s important to know right off that Michelle McNamara passed away before she could see her book in print. She’d been following the case, and subsequently writing about it with the intention of getting her work when she reached an untimely death in April 2016 at age 46. It was her husband, Patton Oswalt, who worked with his wife’s research partner to see this book finished.

I’ll Be Gone in the Dark chases down every lead suspected to be connected to a violent predator who committed upwards of 50 sexual assaults and at least ten murders. For a decade this person eluded detectives in Northern California, and eventually the case ran dry. The Golden State Killer has been the focus of myriad stories and articles, but no one could every piece it all together in a way that fleshed out a real person.

McNamara was hyper-focused on the case. It kept her up at night and occupied her mind at the most inopportune times, such as when she was walking the red carpet with her Hollywood husband. Essentially, she was obsessed with it, but perhaps that worked to her credit. After all, she honed in on a few details that eventually led to the arrest of a suspect.

It would be irritating to read this book without the events that unfolded in the spring of 2018. A man was arrested. More information came to light. It’s just a shame McNamara wasn’t alive to see it for herself.