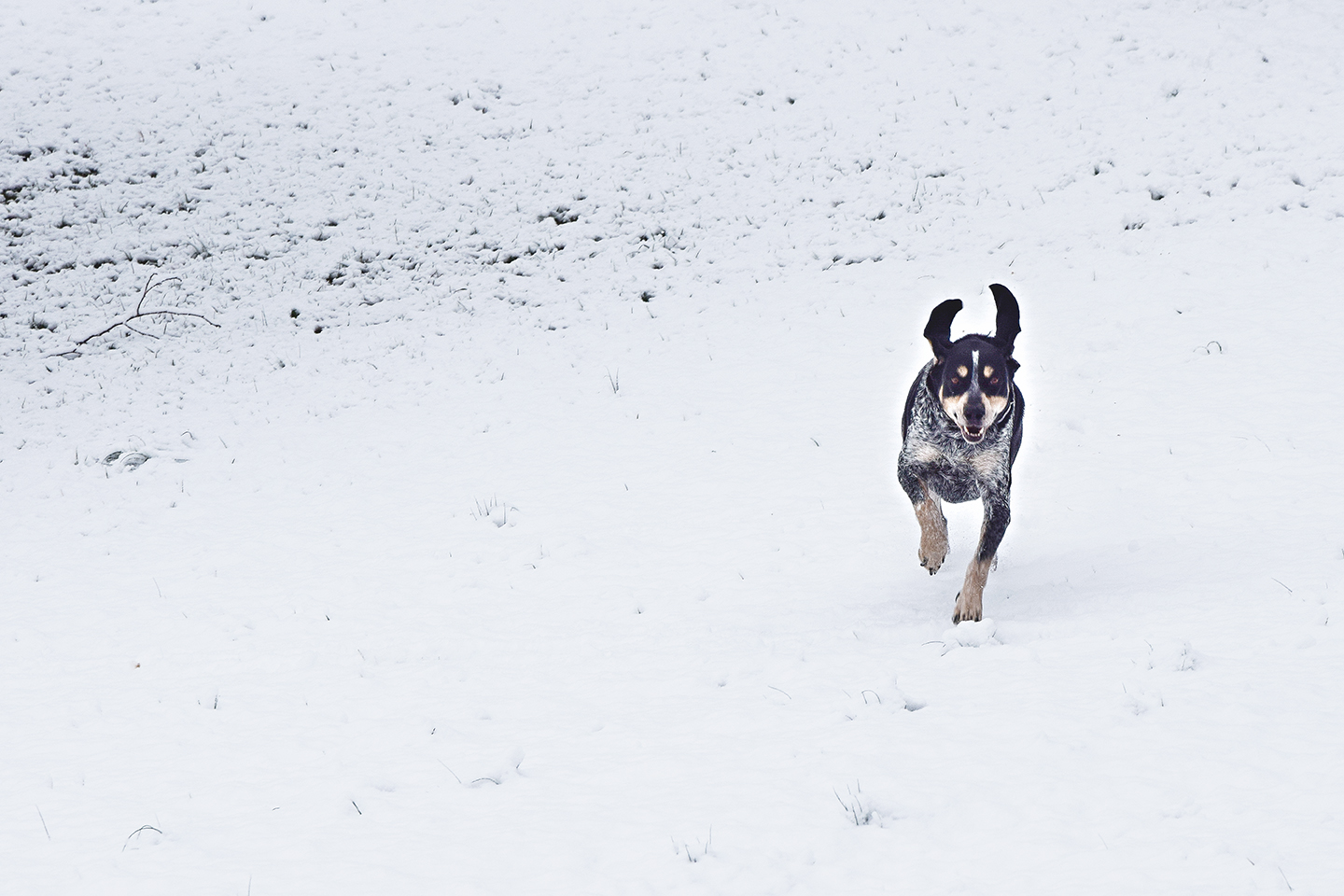 We don’t get a lot of snow around here, but when there’s a threat of an inch, schools and businesses close in precaution. (Don’t make fun. We don’t know how to drive in that stuff.) Unfortunately for Jeremy and Jackson, the Miller School for Boys is open every day, snow or no snow.

Still, we make little allowances for the delightful weather. It’s nice to not have to go anywhere. We sleep in a little later, take our time getting to school work, and this morning was no different. Jeremy, who protested that one to three inches of snow was no big deal, was the first one to throw on some layers and take the dog out. It’s Major, after all, who loves snow the most.

The meteorologist called for one to three inches in our specific area, and sure enough, that’s what fell. It was beautiful.

I tried to get pictures of our neighbors, but the snowflakes were so fast and fat that I couldn’t get the horses in focus, and it was too cold to cross the road to get closer.

The temperatures will continue to drop overnight, which gives me pause when I think of the surrounding trees and the heavy snow covering all the limbs.

Major really is the happiest boy in the snow.

Salem, on the other hand, took one look…

…and went back inside.

Once the snow stopped and the clouds cleared, we had blue skies once again and the sun melted all the remaining ice on the roads.