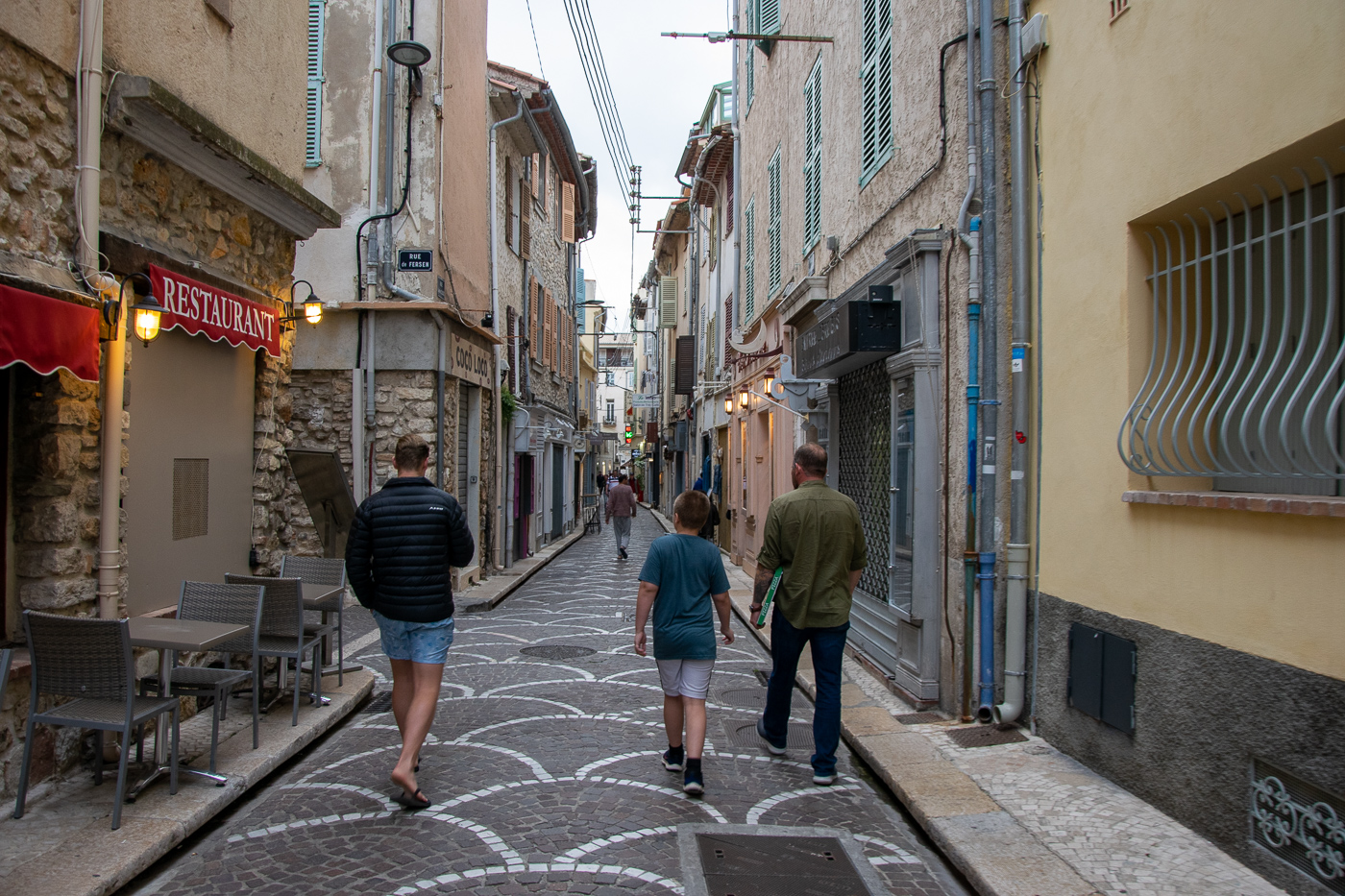 It was a genius move to sleep in the hotel connected to Gatwick Airport because our Easy Jet flight from London to Milan was incredibly early. Props to all of you who wake up at 4:30 a.m. by choice on a regular basis!

We got a beautiful view of the Alps from the airplane:

Flying to Milan was a financial decision, an inexpensive way to get us to Continental Europe. At $67 per ticket, it was a no-brainer. We landed by 9 a.m., grabbed our diesel Fiat rental, and headed for the Mediterranean.

We were all exhausted, but only the boys grabbed a catnap.

To be honest, our initial impression of Italy was nothing special, as we weren’t anticipating miles of rice fields outside of Milan. It wasn’t until we left the Lombardy region and entered Liguria that the terrain started to look pretty, like everything you see in photographs.

Knowing we had three days in Italy at the end of the trip, we didn’t make any stops and headed straight for Antibes, a small city between Nice and Cannes on the Côte d’Azur.

Our two-bedroom AirBNB apartment was perfectly situated with a view of the Mediterranean and only a short walk to a small grocery store and the train station.

The weather was perfect, so we unloaded our things and headed for the coastline and Old Town.

The water was as blue as I hoped it would be, but little did I know that in two days we’d explore another spot in Antibes that’s even more gorgeous.

We eventually found a spot for dinner and the boys ordered their meals entirely in French! I was so proud.

We attempted everything in French first, even if it was simply asking the waiter if he spoke English (“Parlez-vous anglais?”). Knowing simple questions, including please and thank you, will get you very far in a foreign country. By making an honest attempt, it shows you respect the people and country hosting you. We were always greeted and treated graciously by everyone we encountered in France.

After dinner, we explored the narrow streets of Old Town and found a beautiful square to get the boys gelato and us another glass of rosé. (Chuck discovered he enjoys wine in France!)

We had a big day planned for Monaco, so we watched the sunset from our balcony, enjoyed another glass of rosé, and pinched ourselves to make sure everything was real.