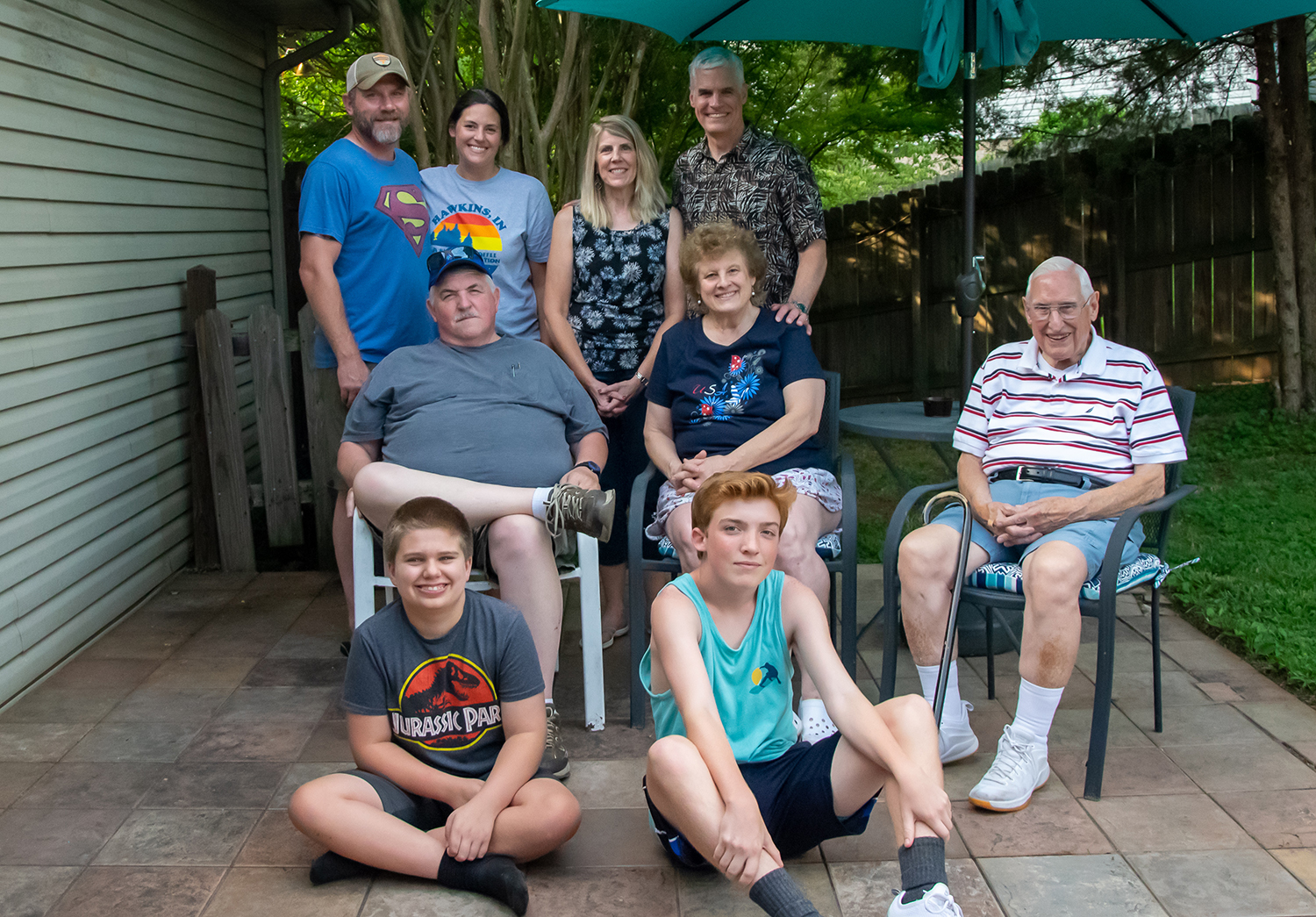 My Uncle Bob and his wife, Carie, came to visit the week of July 4th, and I was more than happy to host them, Grandpa, and my parents for a feast. We made a low country boil and enjoyed homemade ice cream. Chuck did a ton of the work, bless him, so he deserves a lot of credit. Now that I think of it, I’m open to low country boils instead of turkey for Thanksgiving and Christmas.

We took a family photo after dinner, per usual.

Jeremy and Uncle Bob went a few rounds on the chessboard. In the first game, Jeremy beat Uncle Bob in three moves. Not sure he was expecting that! I think a stalemate was the second result.

When our guests had gone and it was finally dark, we lit up a few low-key fireworks and sparklers, which pale in comparison to the week-long firework displays that went on all around us. Our equine and canine neighbors were not pleased!

The next morning, we took Bob and Carie on a short hike so they could get a good view of the Foothills from above. If I’ve not mentioned it before, I absolutely love where we live.

I think Major had the most fun.

When our guests were gone and the holiday weekend was free from responsibility, Chuck, Jackson, and I took to Netflix to binge the third season of Stranger Things.

MAN OH MAN did the nostalgia get me. When I say they nailed the 80s, they really did. The main new set of the third season is a MALL, and the set design was on point at every turn. Starcourt Mall was all 80s all the time. I won’t give any spoilers other than I liked this season more than the last (though not as much as the first, which was near-perfect). I was in tears when it ended.

If you’re a Stranger Things fan, you may enjoy these two articles (here and here) about the theory that Hawkins is actually based on East Tennessee. Fair warning – they include spoilers.