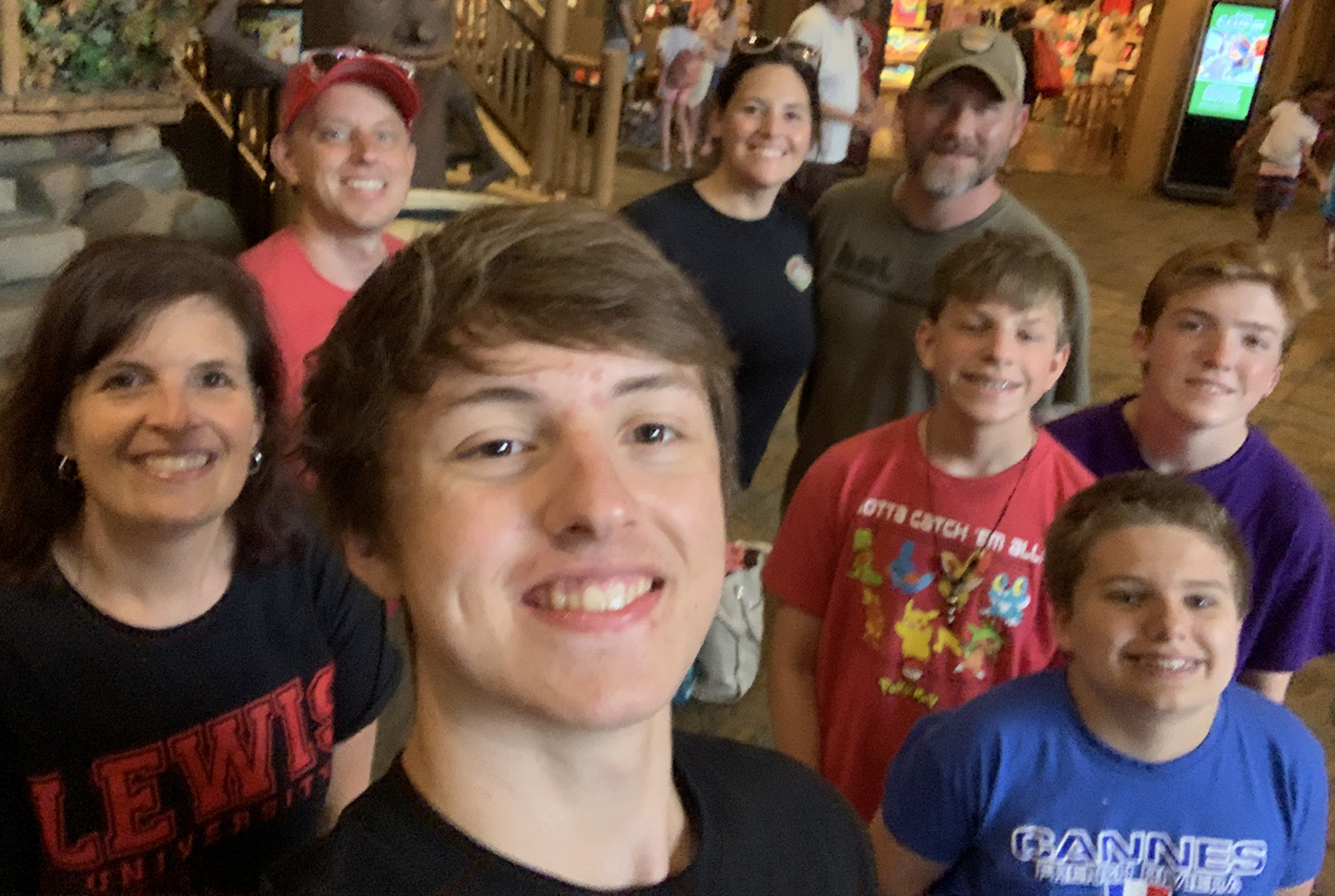 Earlier in the spring, my sister asked me if Jeremy wanted to join Owen on his summer youth trip, and I immediately said yes. I asked no questions, so the camp could’ve been in another country for all I knew. Alas, it was only at Wheaton College, which is less than an hour from where they live.

One thing led to another and suddenly the boys were going to Chicago for a week in July, and then I learned that Chuck had a work trip that same week, and that’s when the most delightful realization washed over me: I would have a full five days entirely to myself.

For this introverted homeschooling mom, I hit the jackpot.

To sweeten the deal, Chuck and I would have a couple of days together on either end of that week. It was perfect.

Unlike last year when the boys flew alone for the first time, I wasn’t nervous in the slightest. Off they went, and less than two hours later, Jeremy and Jackson were safely with my sister.

My week consisted of speaking only when I wanted to, working on freelance assignments, and catching up on podcasts. I ended up doing a lot of work from bed, which is something I haven’t stopped doing because I’m desperately trying to hang onto that slow summer feeling.

I ended up finishing a year’s worth of quizzes and assignments for my middle school English class at our co-op, and I’m well on my way to finishing the high school class. I’m “helping my future self,” as Chuck likes to say.

I did see a couple of friends, but I also kept my schedule as light as possible. I wanted to retreat, to lay low, to keep quiet. Those were restorative days for me, and had I been too busy, it would’ve had the opposite effect.

The one activity I planned for myself was a Sip & Stitch at an event center owned by another Knoxville Moms Blog writer. I’ve been teaching myself how to cross-stitch, but you can only learn so much from videos. So, exactly one time, I did my hair and makeup and went out in the world during my week alone. I’m so happy with my creation.

Meanwhile, Jackson enjoyed a week of being spoiled with bookstores and Starbucks.

It doesn’t take much to make this boy happy. I know Jackson enjoyed an alternative “big brother” experience with Jacob, one in which there’s no fighting or silly competition.

Jeremy and Owen had a great time at camp. These two have been “best cousins” from birth since they are only six months apart. They’ve grown into two very different personalities, as you can see from this photo, but they always love being together.

When it was time to get our boys back, we all met in Mason, Ohio, at the Great Wolf Lodge, which we had not been to in ages. The first time we went to a Great Wolf Lodge was in 2009 when we lived in Amarillo and drove to meet my sister and her family at the GWL in Kansas City. Here’s a photo from that weekend:

And here we are from two weeks ago:

The water slides are just as fun at 15 as they are at 5. Jackson doesn’t remember going to the GWL in Kansas City, so it was like the first time for him. He LOVED it.

In fact, he missed out on this photo because he didn’t want to leave the wave pool:

We had 24 hours of swimming, laying by the pool, and enjoying each other’s company. Since we won’t see them again until Christmas, it was important to have a little bit of time together instead of just flying the boys home (which would’ve been quicker and cheaper).

Love them so much!