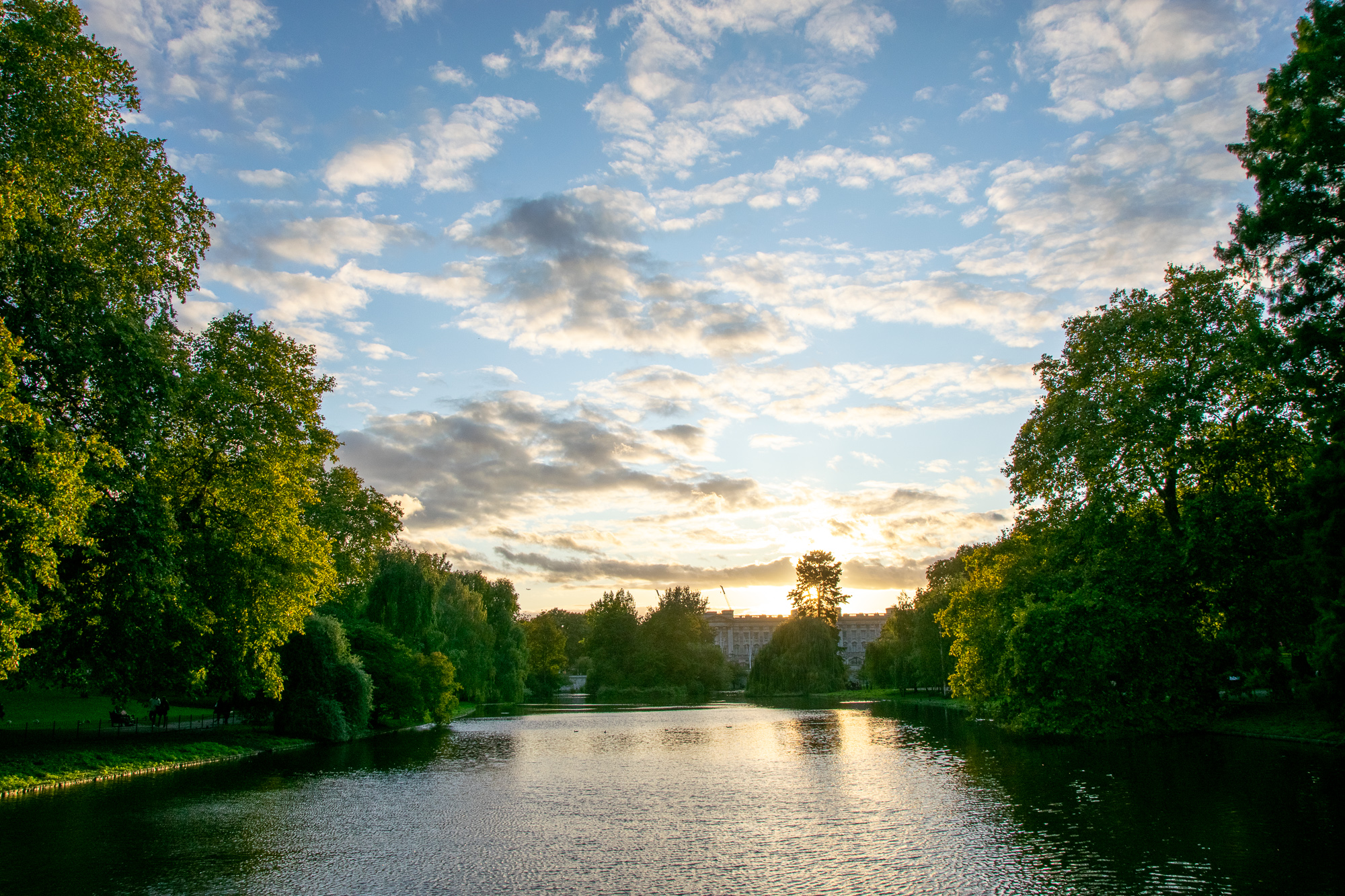 We both enjoyed every second of sleep we got that first night. It is definitely the trade-off for flying overnight. You know the first day is a tough one. Pictures help you remember what you saw and what you did, but it’s really a crapshoot.

Day two was another hard trek, but honestly, I can’t imagine traveling any other way unless I’ve checked into an all-inclusive resort with nowhere else to go. I do NOT waste time.

After a full English breakfast, we took a quick peek at the Coronation Stone in Kingston, which is said to have been the very place where seven Anglo-Saxon kings have been crowned. (Having just taught Beowulf to my high school students, I was all warm and fuzzy about Anglo-Saxons and super happy to see the stone.)

We took a quick walk around the riverside so Karin could see more of Kingston in the daylight. I love this borough so dearly – I actually look at rental properties here in my spare time. It’s a dream, I know. But still.

Eventually, we took the train back to London, this time starting near Buckingham Palace so we could see if the Queen was home. (She wasn’t!) We stopped in the gift shop for a few keepsakes, which is where I took the cutest photo of Karin ever.

We took a long walk through Hyde Park to see the Diana Princess of Wales Memorial Fountain and Kensington Palace (all new stuff for me!). The walk was beautiful – perfect temperature and plenty of autumn leaves.

Our discovery of Diana memorials continued when we walked into Kensington Palace. Of course, we were hoping that the Duke and Duchess of Cambridge would be home, but alas, they weren’t.

Prince Charles and Princess Diana lived at Kensington Palace together when they were married, and Diana continued to live there after they divorced. I was so pleased to see she is still memorialized there.

The bulk of Kensington Palace features the life of Queen Victoria and her sweetheart (and cousin) Prince Albert, two monarchs I know little about other than the obvious bits and facts. I was thrilled by what I learned about this small, feisty queen. I’m eager to get my hands on a book about her.

We learned that Victoria has limited freedom as a young princess, and her relationship with her mother suffered for it.

After our tour of Kensington Palace, we took tea/coffee and cake on the patio to relish the moment.

We took our time strolling back through Hyde Park toward Buckingham Palace and the center of Westminster. Karin still wanted to see a few key spots, such as 10 Downing Street, Big Ben (which is still under construction), and Westminster Abbey.

We had no idea we’d arrived at Westminster Abbey at the perfect time. We knew the abbey was closed to visitors on Sunday, but there was a line forming outside the west door. A quick inquiry told us that anyone was allowed to attend the Sunday evening prayer service (with strict instructions that it is indeed a prayer service and not an opportunity to tour the church). We jumped at the opportunity to join others in prayer at Westminster. We just couldn’t believe it.

As per the rules, I took no photos inside but instead took the opportunity to be still in prayer, gratitude, and thanksgiving.

Since it was dark, we took a cab to Waterloo and grabbed the next train back to Kingston.