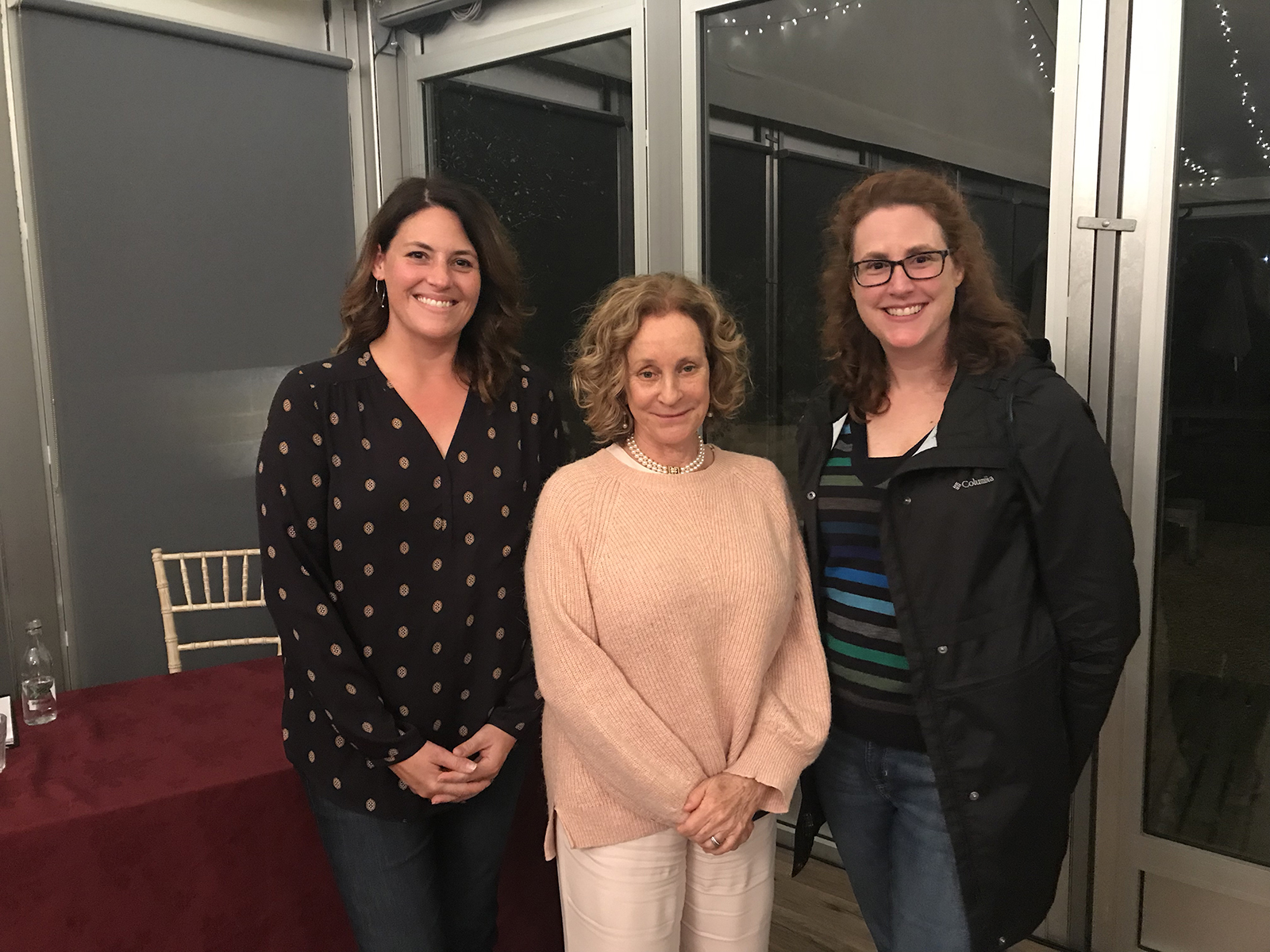 Our fifth day in England was the most special. Not only was it the day that our driver showed up to take us to Wales, but it was also the day that Karin and I were going to meet Philippa Gregory.

On Friday, Sept. 6, I saw an Instastory post from Sudeley Castle that gave my heart a jump. I screenshotted it and sent it to Karin immediately, texting, “RED ALERT.”

We learned that Philippa Gregory would be speaking at a small, intimate event at the castle on the very night we’d be driving westward. Our route needed to shift slightly, and we’d need to rearrange our AirBNB reservation, but this was doable. We could go. We could absolutely positively meet Philippa Gregory on our inaugural trip to England.

It’s important to know that Karin’s and my friendship is partly rooted in Philippa Gregory’s works of historical fiction. She and I swapped these books back and forth for years, both enjoying Gregory’s depictions of the Plantagenet and Tudor eras. To meet this specific writer together AND in England was a gift I couldn’t have planned if I’d tried.

But first, we needed to connect with our driver. He showed up at the hotel on Wednesday morning in need of a shower and spot of breakfast.

Before leaving Kingston, we stopped by a local artist’s house (who I follow on Instagram) because I wanted to buy a print that I’ve been eyeballing since May. Lisa Tolley is based in Thames Ditton, which is across the river and on the opposite side of Hampton Court from Kingston. It was a delight to meet her, to tell her how much I love her illustrations, and to purchase the piece I’ve been wanting for months.

Off we went to the Cotswolds, specifically to Winchcombe, to explore the area and make our way to Sudeley Castle. Our tickets for the event included a tour of the grounds and remains, though photos were limited because Sudeley is still a private home.

Sudeley Castle was Kateryn Parr’s final home and resting place, where she retreated after Henry VIII died and she was free from her duties as his sixth queen. She married her long-time love but only lived a few more years after they finally got together.

What I love so dearly about Kateryn Parr is that she was the first woman in England to publish her own writing in her own name.

Like so many others, the castle fell to ruin as England’s landscape changed. Though some structures date back to the 12th century and much of it was built in the 15th century, the property wasn’t restored until the 19th century.

Of course, the gardens were stunning.

We finished our tour of the castle and gardens and headed to town to find a place to eat. It was a weird time, something like 4 p.m., so we had a bit of trouble finding a pub that served food before 6 p.m. This is typical, particularly in small towns.

We had not eaten since our full breakfast that morning in Kingston, and we weren’t sure what food options we’d have after the Philippa Gregory event since we’d have to head to Stratford-Upon-Avon.

Thankfully, The White Hart Inn served midday soup and sandwiches, and that was better than nothing, so we popped in for “a bite and a pint.”

THEN – in the midst of perusing the menu, IN WALKS PHILIPPA GREGORY.

No lie. She and her assistant walked in casually, no doubt in search of a 4 p.m. meal. I smacked Chuck’s arm (because he was sitting next to me) and said under my breath, “Karin, she’s here. Philippa Gregory just walked in. She’s here. She’s here.”

THEN – she and her assistant joined us at the row of tables next to the windows, with only one empty table between us. How were we not supposed to stare at her? How were we supposed to just SIT THERE like Philippa Gregory wasn’t sitting in our same breathing space?

I froze, so it was Karin who began, “Hi, Ms. Gregory.” We exchanged very short pleasantries, something about how excited we were to hear her speak that evening. I can’t even remember. I was so uncool. It’s no wonder that minutes later THEY MOVED TABLES.

Now, logically, we know they moved tables so they could have a private conversation about whatever was going on in their private and professional worlds. They didn’t need a table of American fans hanging on their every word. Truthfully, I was relieved that they moved tables because I needed my body to RELAX and stop seizing.

Chuck was the sly one who snapped a photo of them while paying for our food at the bar.

Little did we know that wouldn’t be our last personal encounter with Philippa Gregory.

Starstruck, we went back to the castle and left Chuck in the car. (He was less interested in attending the event and more interested in taking a catnap to manage his jetlag.) We arrived in time to get a good place in line and score seats in the third row of the small room. I don’t know how many people attended, but it was somewhere in the 50-75 range.

Philippa Gregory spoke on “the women hidden from history” and how this has been a guiding force in her research and writing. She was just as inspirational as I hoped she’d be. I even felt brave enough to raise my hand and ask a question. After getting our books signed, that could’ve been the end of the evening and I would’ve been fine.

But it wasn’t the end.

As we sipped our wine and stalked Philippa Gregory from across the room, I kept trying to manage the urge to approach her again. I simply couldn’t do it. What would I say? What would she even want to say to me? Why am I so awkward in the moments when I really need not be?

Karin, my seize-the-moment friend, wasted no time waltzing across the room to ask the assistant if we could grab a photo with Ms. Gregory. With a smile on her face, she said we could.

You cannot tell by this photo but I am imploding. The wine must have helped.

It didn’t end there. We talked. We really talked. She started it by saying, “We meet again!” clearly remembering us from the pub a few hours prior. I told her I was a writer – a journalist with a dream of writing fiction – and she said, “I used to be a journalist too.” I swooned.

Bravely, I asked for her advice – what are the steps I should be taking? What should I be doing with my time? How exactly do I make a dream come true?

Then she said, “What’s your name? So I can keep an eye out for you?”

Shaking utterly and screaming on the inside, I said, “Jennie. It’s Jennie,” followed by silence.

To which Karin added, “…Treadway-Miller.”

I started to cry. Embarrassed, I worked hard to choke back the tears. My inner dialogue screamed GOOD GRIEF, WOMAN, GET AHOLD OF THYSELF. I barely had the presence of mind to speak.

The assistant told me to create a social media presence solely dedicated to the work, which I promptly did that night. As I felt the conversation coming to a close, I thanked them for their time. They could have denied us a photo and certainly not opened up a conversation, but they were generous and kind and that made the whole experience completely perfect.

We floated to the car, giggling and asking ourselves if the day really happened. On the way to Stratford-Upon-Avon, I typed everything she said to me in the Notes app on my phone, not that I even needed to. I remember it all. I couldn’t possibly forget a night like that.