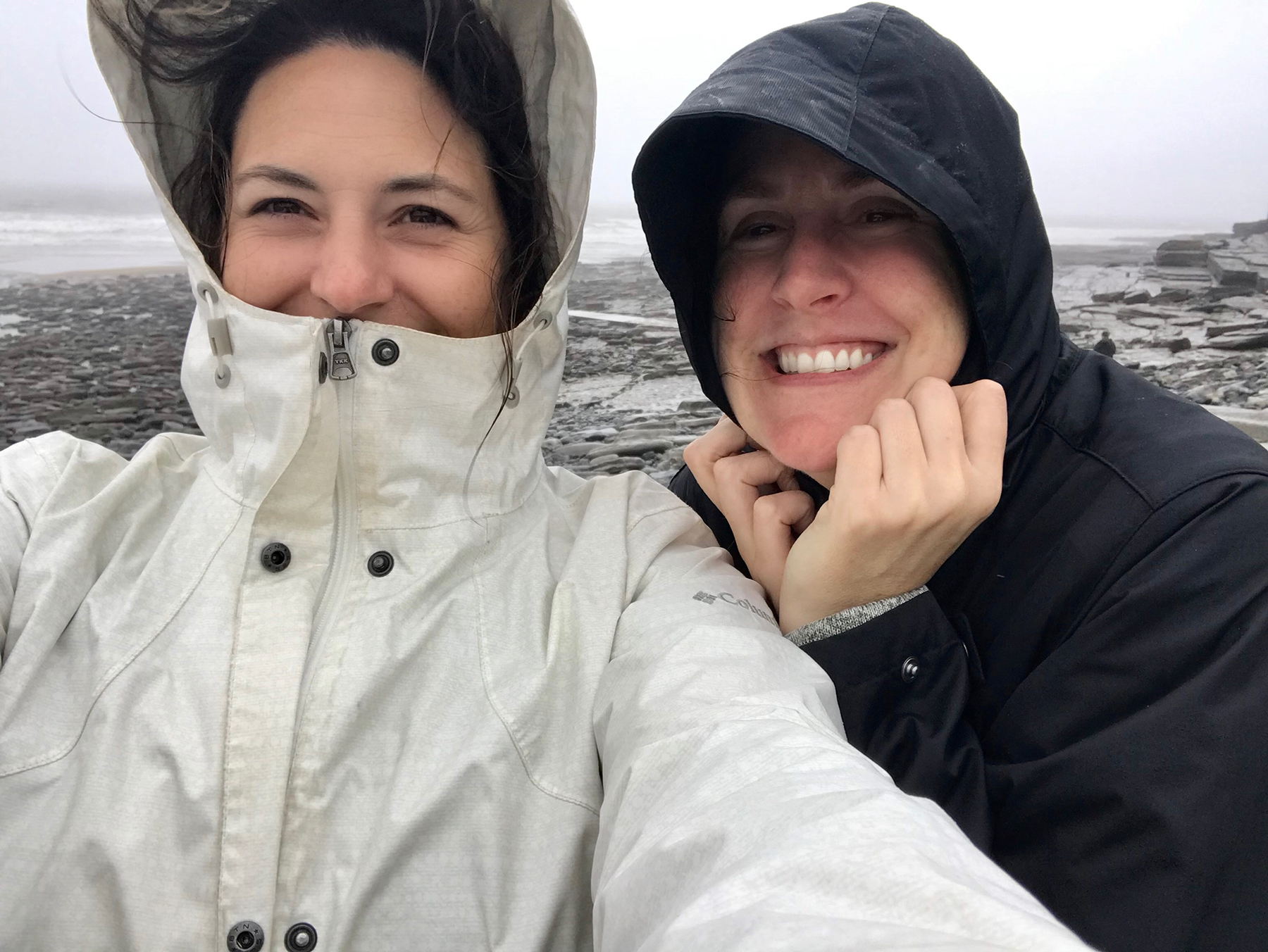 Like I said in the previous post, our AirBNB in Nant-y-Derry was a DELIGHT, even though it didn’t have WiFi. Instead of scrolling on our phones in the evening, we watched whatever British game show was on the TV. It was perfect.

How adorable is the house key?

Like so many AirBNBs in the countryside, this building is a converted barn, and it’s updated and stunning inside.

Our original plan was to drive to Pembrokeshire (along the western coastline), but the weather was so wet and dreary that we didn’t want to trek too far. Instead, we drove south and stopped in Caerphilly, which was halfway between our place on the southern Brecon Beacons National Park and Cardiff, the largest city in Wales.

Caerphilly Castle was originally constructed in the 13th Century as part of the Anglo-Norman movement into Wales. It’s the second-largest castle after Windsor, but no one has lived here for many centuries. In its greatest time, Caerphilly Castle was a magnificent fortress with an impressive moat.

Taking pictures was tricky on account of the rain, but I muscled through.

We got back on the road and headed for the coast, this time landing on Dunraven Bay. It would’ve been lovely to see the coast during better weather, but nothing was going to keep us from the seaside. A beach is restorative no matter the climate.

It’s on this coastline in Southern Wales where we took my favorite photo of us of all time. We are the cutest.

For the second time, Chuck gave Karin a quick UK-driving lesson on the backroads. She did a stellar job!

Before heading back to our AirBNB, we made a quick stop in Cardiff just to poke around. We visited a few tourist shops and got a good view of Cardiff Castle before it closed. We were losing steam, and we were soaking wet, so going back home to our cozy converted barn sounded like a good idea.

We had one day left, so in the morning, we headed to Bath.