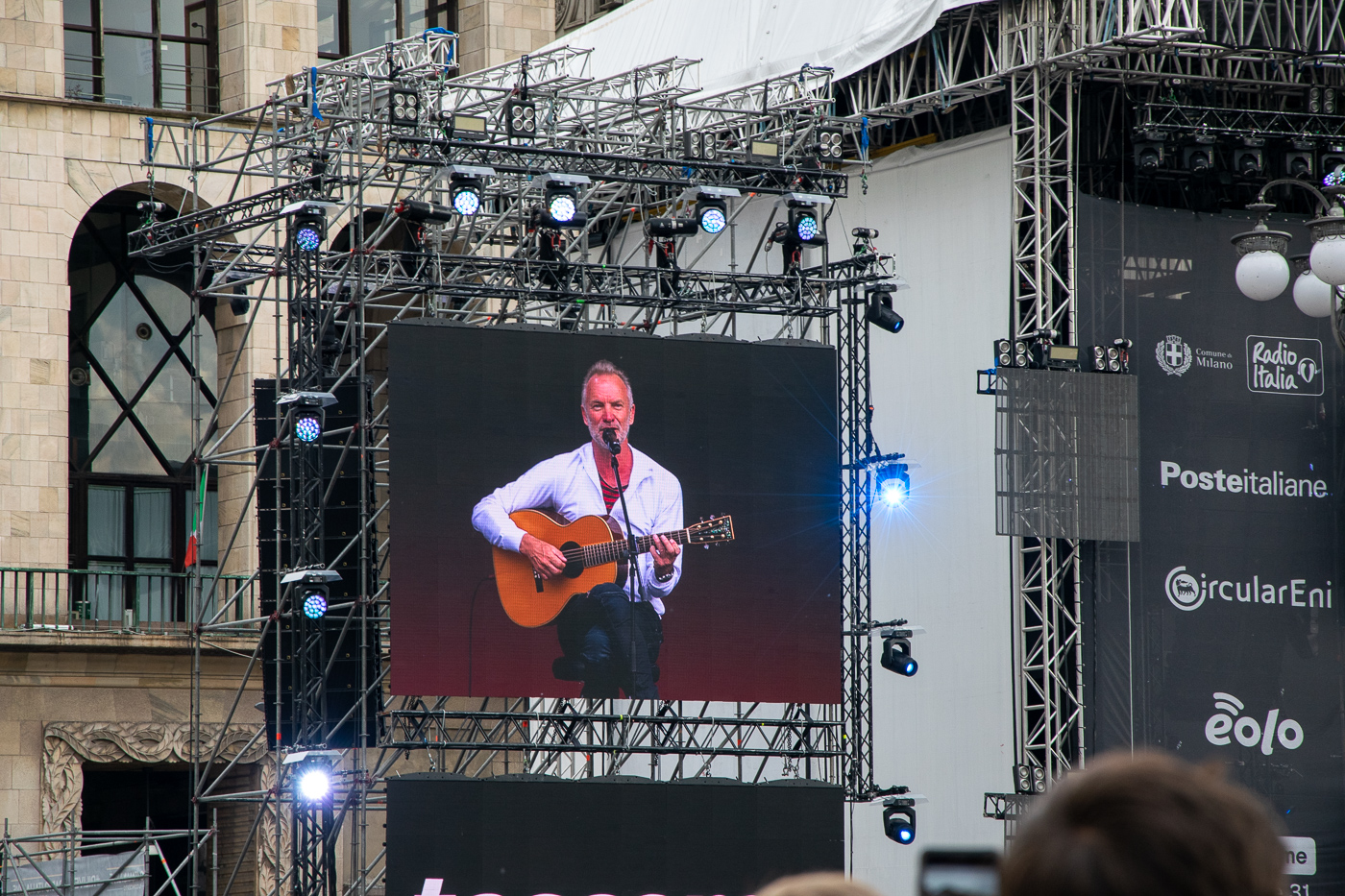 The weather was a bit gray when we left Levanto, an indication that the remainder of our Italian experience would likely be overcast or rainy. I was so grateful the rain held off so that we could enjoy Cinque Terre.

Before leaving our AirBNB, I snapped a photo of the neighbor’s dog who barked whenever he heard people. Just look at that face:

The drive to Milan was uneventful, particularly as we got closer to the city. (The Italian gas stations remain our favorite gas stations of all time.) The first part of the drive was breathtaking because it took us through the National Park of the Tuscan-Emilian and Parma, home to Parma ham and Parmigiano Reggiano. I wish we could’ve pulled off the highway a few times to take pictures, but everyone just wanted to get to Milan. It was lovely to gaze out the window and see the countryside roll by.

Our AirBNB in Milan was phenomenal. It’s run by Superhosts, so no detail is left undone. We opted for a loft with three sleeping spaces and upon arrival realized it was quite close to a supermarket and metro station. It even came with a secure parking space (i.e., not on the street).

We cut to the chase and hopped the metro for the city center, and right away we were overwhelmed. Milan was packed. As someone who doesn’t handle crowds very well, I was immediately put off. We did our best and maneuvered around the Piazza del Duomo, which was currently set up for a large concert. (That explained the massive crowd.)

The Dome Cathedral was lovely though. We decided to tour the inside of the church the following day when we knew it would be raining.

Ironically, all of the high-fashion, ultra-expensive shops are situated around the cathedral, which also contributed to the mess of people. Everyone was shopping, particularly inside the Galleria Vittorio Emanuele II, which had everything from Louis Vuitton to Prada.

Of course the only store we visited was the Mondadori Bookstore, which was three floors!

After wandering around the city center, we heard live music booming from the piazza. Chuck said, “I think that’s Sting,” to which I answered, “That’s someone who sounds like Sting. That’s not Sting.”

So THAT’S WHY there were eight million people in four square blocks in Milan! We couldn’t believe it. A quick Google search told us that Sting was in town with RadioItalia to promote the local orchestra (or something to that effect). What luck!

Eventually, we went inside La Rinascente, a ten-story shopping center full of – you guessed it – the highest possible name brand stores you can imagine. On the top floor are a couple of restaurants with open-air seating, so after checking the menus, we found a few things we recognized and decided to eat outside with a great view of the Duomo.

The top floor also had an incredible dessert selection.

We were tired and still a little star-struck from seeing Sting, so we grabbed some sweets to-go and headed back to the loft.

Also, this is the best macaron I’ve ever had: vanilla and apricot. ?

By morning, the rain had definitely arrived, so I decided to leave my camera in the loft and only use my cell phone. I wish the following photos were of better quality, but oh well!

We slept in a little, made breakfast, and took the metro back to city center to buy tickets for the Duomo.

Of course, then I really wished I had my camera. The Duomo is magnificent.

The stained glass was exceptional!

After exploring the Duomo, we found a proper football shop where Jeremy bought an AC Milan jersey and had his name printed on the back. Immediately after that, we went to the three-story Ferrari store, where Chuck drove a simulated car.

It was a nice way to round out our Formula 1 experience in Europe!

The rain eased a bit, so we walked to the one place I wanted to visit in Milan: the Starbucks Reserve. There are only five places in the world where Starbucks roasts its coffee beans, and Milan is one of them. In addition to being a roastery (and supplier to European stores), the Reserve offers select drinks and treats that aren’t offered elsewhere.

When I told Jeremy we were walking to a Starbucks, he was unimpressed. Yet, when we walked in, he understood.

Chuck and I ordered specialty coffees while the boys enjoyed gelato made right in front of them with liquid nitrogen.

We also talked to the one of the roasters who explained the process to us. He was from England, so there was no language barrier!

After our midday treats, we walked away from the city center to see what else Milan had to offer. Finally, I found a part of Milan I enjoyed and there were so few people! It was great!

We made one last stop, this time in a men’s shop called Gutteridge. There, I saw my two favorite flags.

It was in Gutteridge where we knew our time in Milan was over. We were all exhausted. We made a quick walk back through the galleria, which still had a mess of people in it.

We stopped by the grocery store on the way back to the loft for dinner things and spent the rest of the evening lounging. In the morning, we were headed to London.?? 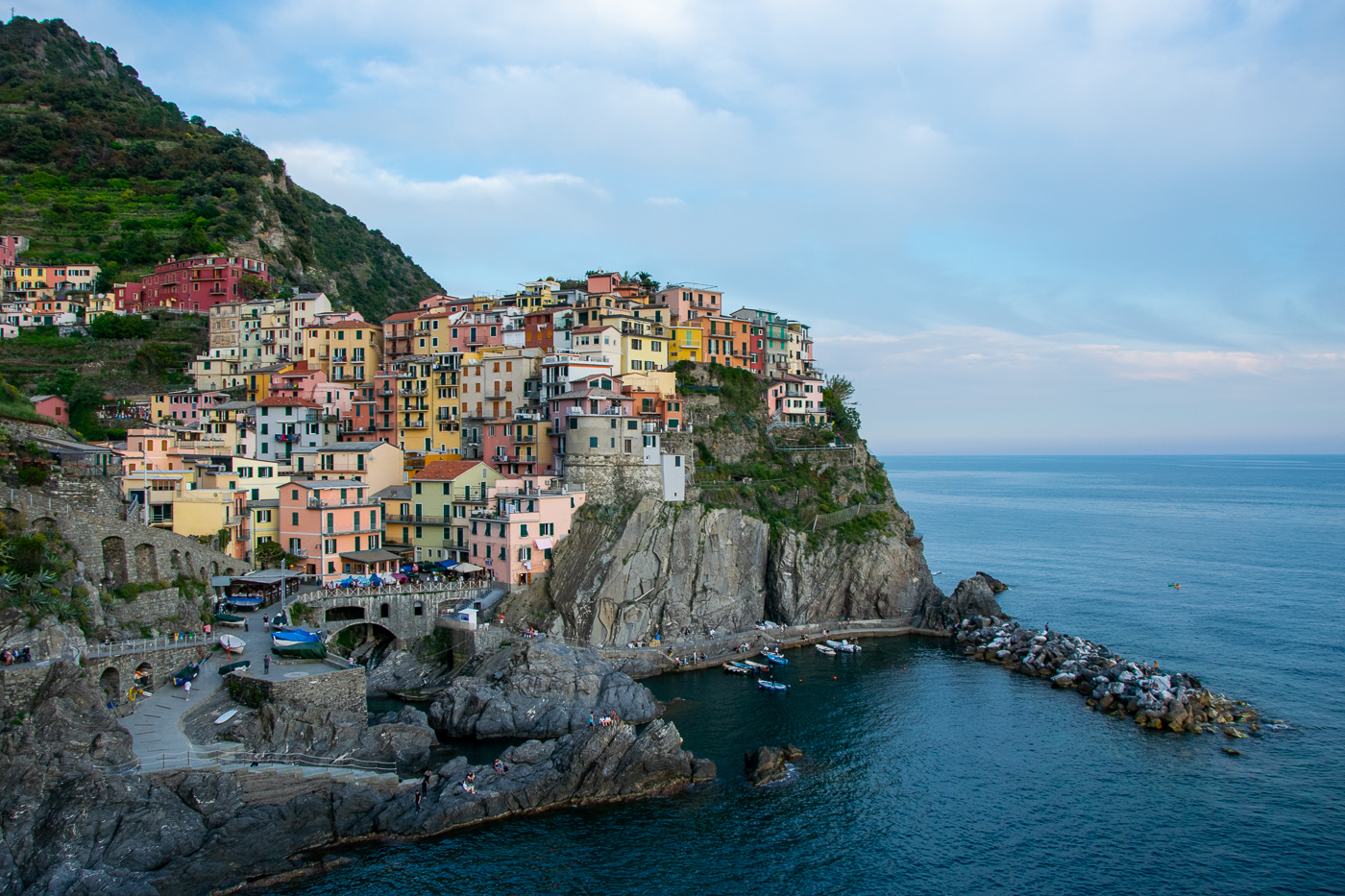