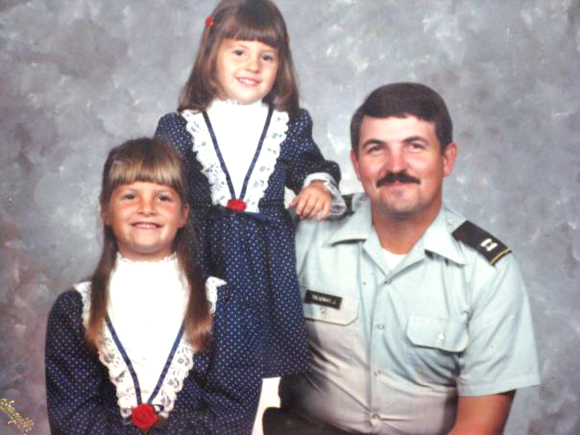 When I try to recount the last nine months, the one looming shadow over everything was Dad’s illness. Everything changed on December 8, 2019, when he had a stroke in California while on a business trip. He’d just been at my house for Thanksgiving, and everything felt normal. Christmas was on its way, the academic year was moving forward, and I had every hope that 2020 was going to be spectacular. WHAT COULD POSSIBLY GO WRONG.

As the month unfolded, I realized 2020 was actually going to be one of the hardest years of my life. A diagnosis of cardiac sarcoma – a rare, aggressive, largely unknown cancer – meant my father was likely going to die in 2020. On New Year’s Eve, as the clock ticked toward midnight, the fear in my gut grew and multiplied. The tears poured. I didn’t want 2020 to come.

What we didn’t know, of course, was that a pandemic was looming, and it was going to change everything about this year – for the better.

When the world stopped turning in mid-March and everyone was sent home, Dad was just starting chemotherapy and radiation. It meant we needed to wear masks at the UT Cancer Institute, but it also meant that Chuck was home full time and I could be away as much as I needed to be to help my parents. Since I didn’t have to worry about being home for my family, I could spend hours with my dad. For six weeks straight, while everyone else was glued to the news and managing their jobs (or losing their jobs!), I was with Dad.

There were extended lunch breaks for Mom due to COVID-related precautions at the library and entire weeks she was able to be home and not lose that vacation time.

The pandemic meant all of our travel plans were put on hold, but that was just as well. When the pandemic halted the earth, we were gifted more time with Dad.

Even when summer hit and it felt like we were going to have a lot longer with him than I originally feared, I knew I couldn’t waste time. I burned a lot of miles driving between my house and theirs – an hour each way – but every second spent in the car and every tank of gas refilled was worth it. I spent afternoons with him one-on-one, went fishing with him and my family, and did whatever my parents needed me to do at any given time.

As the summer came to a close and I was looking at a new academic year, both as a homeschooling mother and teacher at our co-op, I started to worry about what might happen if Dad declined. How would I manage to be there for my parents while also taking care of my personal and professional responsibilities? As it turned out, I’d have to answer that question much sooner than later.

Dad was released from cancer treatment into hospice care on Friday, August 28. Not only that, but he was also transferred from that doctor’s appointment directly to the emergency room because it seemed clear he’d had another stroke (or two?) within the past 24-48 hours. The next 13 days were such a whirlwind that Mom, Becky, Mamaw, and I spent a good deal of time trying to sort out what happened on which day.

Dad was admitted to the hospital that Friday night and not released until Monday late afternoon. Becky flew in Tuesday night, and Mamaw, Gloria, and Dallas showed up Thursday afternoon. Paul drove up on Saturday, and we spent a wonderful afternoon and evening being together. With each day that passed, it was clear that Dad was declining. His appetite waned, as did his speech. He was tired, less animated, and hard conversations were had.

By Monday, one week after coming home from the hospital, it seemed clear that we weren’t looking at a long road ahead. Instead, the road would be heartbreakingly short.

By Wednesday, instead of driving back and forth, I packed a bag and drove to my parents’ house to stay. The work of caring for someone in his last days requires supernatural strength in body and mind. I needed and wanted to be there.

Now that I’ve slept and had some time to consider what actually happened, I realize now that the last 36 hours with Dad were sacred. His body slipped into a physical sleep, but he was awake in his mind and somewhat responsive to the things we said to him and to one another. Becky and I stayed up late Wednesday night recounting some of our favorite childhood memories, and when we asked him the next morning if he heard us, he responded in a way that told us he did. We kept him as comfortable as we could, holding his hand in shifts, telling him how much we loved him, that we would be fine, that he’d successfully raised two smart, strong, independent women. We did not tire of saying, “We love you, Dad.”

In turns, Mamaw, Gloria, and Mom spent time talking to him, holding his hand, wiping his forehead with a damp cloth, doing whatever his mind and body needed. The work is emotionally taxing because you are limited in your efforts. There is no saving, no fixing, no bringing back. Instead, you’re carrying and lifting and eventually letting go. Even as I type, I’m trying to recall each minute of Thursday. What time was it when I said, “I love you, Dad” for the last time? What time was it when his eyes opened for the last time? When was it that he squeezed my hand for the last time?

Dad died at 9:45 p.m. on Thursday, September 10. Despite the last nine months being one big red flag waving in my face I couldn’t ignore, I still can’t believe I typed that sentence.

And still. AND STILL. Is he really gone?

Not entirely. Dad’s body might have called it quits, but he is ever-present in my inability to endure small talk. He is there when we go fishing and when we root for the Mountaineers and when we take a long drive through the Great Smoky Mountains. He’s there when Jeremy goes hunting and when Becky dives into another history book. He’s in the old classic country music we play. Dad is here and there and all around because that’s what happens when someone makes an impact on your life. He sticks around.

We aren’t having a commonplace funeral and burial because, like me, Dad wasn’t interested in any of that. We’ll spread his ashes in the few places he requested and bury what’s left of his remains in the family cemetery in West Virginia either this fall or next spring. No one wants to rush it because, frankly, we’re all tired and in need of rest. It’s been a long year.

I confessed to Chuck on the porch yesterday that I am feeling so many things at once. I’m sad, of course. SO sad. Gutted. Heartbroken. All of that goes without saying. I’m also tired and a little confused because time and space feel loose and undefined. I can’t keep track of time or what I’m supposed to do next.

But I also feel relief, and then I feel guilty for feeling relieved, to which Chuck replied, “I think people feel that more often than you realize.” Which must be true, right? Caring for a terminally ill person warrants relief when the task ends, doesn’t it? After suffering comes relief. This must be a normal feeling that exists alongside the sadness.

My dad would be the first to say, “Don’t dwell on this. Life goes on! BUCK UP, KID.”

Buck up, indeed. I will eventually. I just need a few minutes. I need to reorganize my brain and heart and make sure I stay afloat. Despite knowing what 2020 would bring, I’m still a little surprised.

Gosh, Dad. I miss you so much already. Thank you for everything.

One Reply to “Buck up, Kid”