Friday started out ordinary. Jeremy didn’t have school because of Parent/Teacher conferences, so he tagged along with me to Jackson’s speech therapy. The three of us ate lunch together like we used to and piddled around the apartment waiting for Halloween night. I baked all day while the boys played and took late naps. By 5 p.m., I took Obi Wan Kenobi and Superman to visit my in-laws and by 6 p.m. we were headed to Karin’s house for the Halloween party. 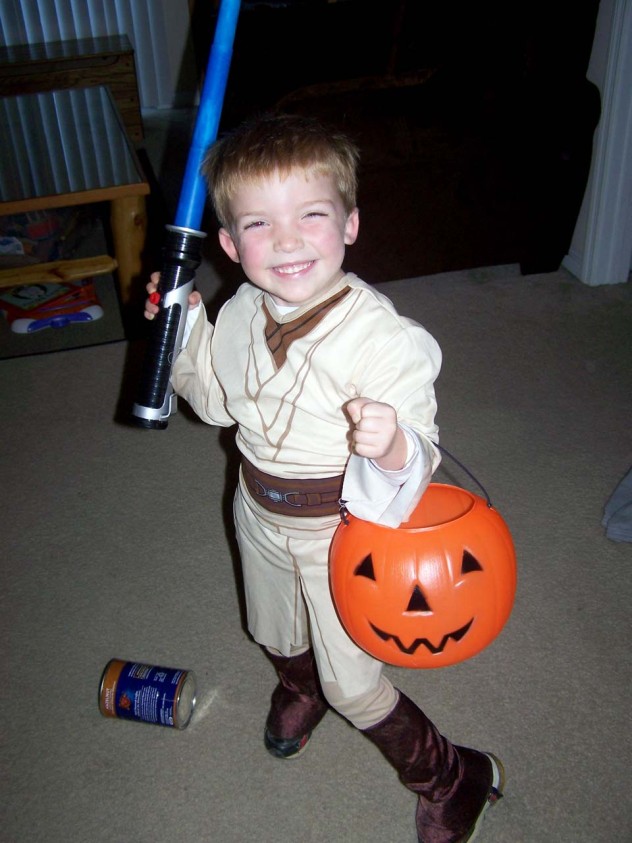 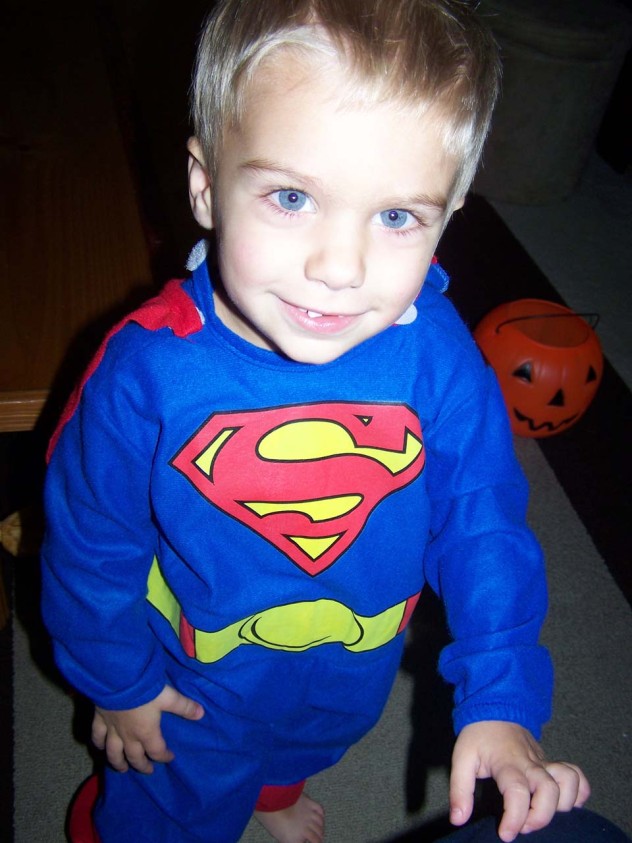 Along the way, I sent Chuck this text message: Wish u were here.

His reply via video message: Funny you should mention that. I’m in Little Rock right now and I’ll see you tonight.

Sure enough, he’d found an insanely good deal on a rental car and got out of class early enough to get on the road for the nine-hour drive home. I could hardly stand the wait.

Our evening with Karin and her family was full of Halloween fun. I spent several days baking which added sausage balls, pumpkin cookies, ham and cheese puffs, no bake cookies, baked artichoke spinach dip, sugared cinnamon pecans, and red velvet spider cake to Karin’s chili dinner. The children were balls of energy eager to trick-or-treat and upon coming back to their house were still bouncing off the walls. Jeremy and Ethan always enjoy their time together which make it even harder to say goodbye to them in December.

I did my best to socialize with Karin’s family and friends but my brain was elsewhere. (Wouldn’t yours be?) The boys and I got home late and as soon as I tossed them in bed I started pacing the floor. By midnight I’d collapsed on the couch. By 1 a.m. I dozed while watching a Food Network Challenge. Chuck arrived sometime in that hour, but I couldn’t be entirely sure.

The only thing Chuck said he wanted to do this weekend was go hiking on one of the trails we used to frequent at young lovesick teens. While cleaning out the photo containers last week I found some old pictures from those days and emailed one from Edward’s Point. We were 17 and sickeningly in love. Seeing those photos after so many years spurred nostalgic memories and sweet conversation this week, so Chuck was adamant about hiking up to this cliff on Saturday. Who knows the next time we’d be able to? Considering the danger of falling to certain death atop the mountain, we left Jackson with his parents but brought Jeremy along.

First, a talk about safety: 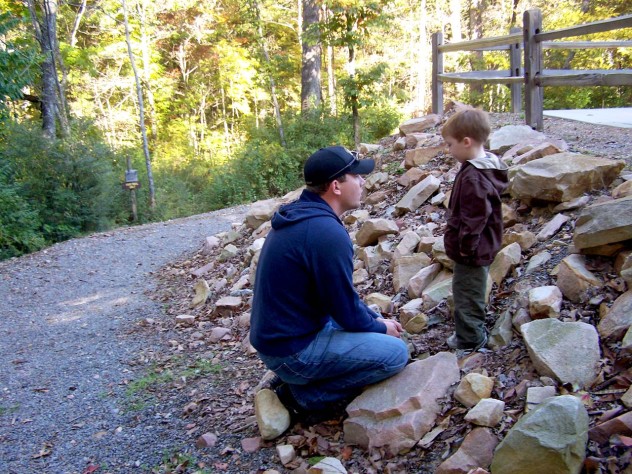 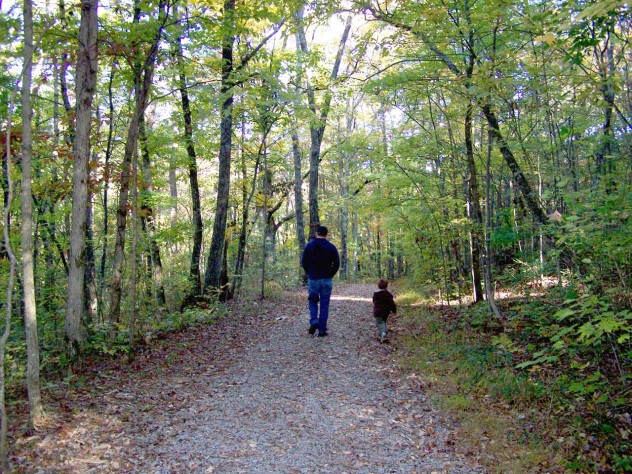 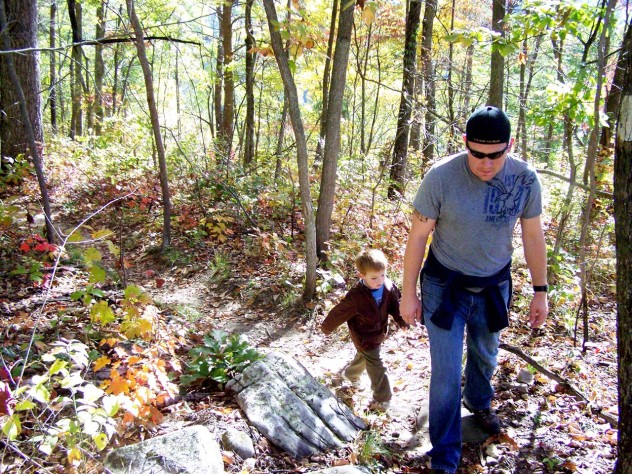 We made it to the top in less than two hours: 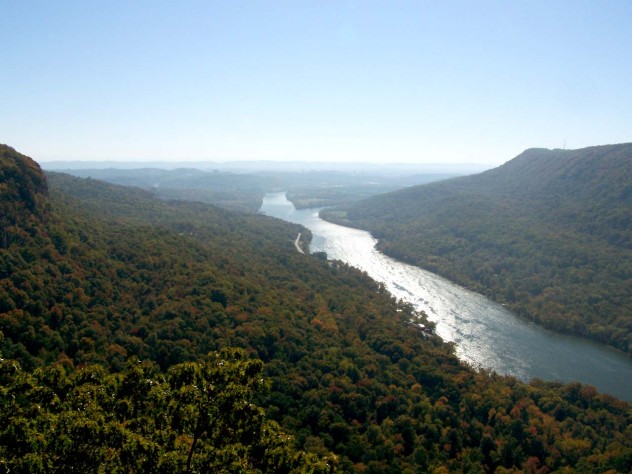 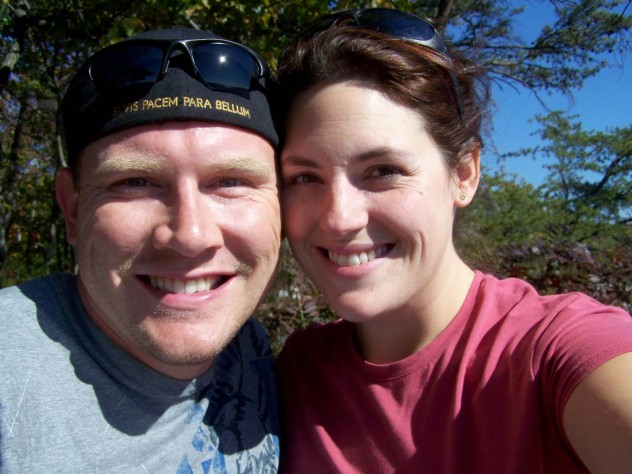 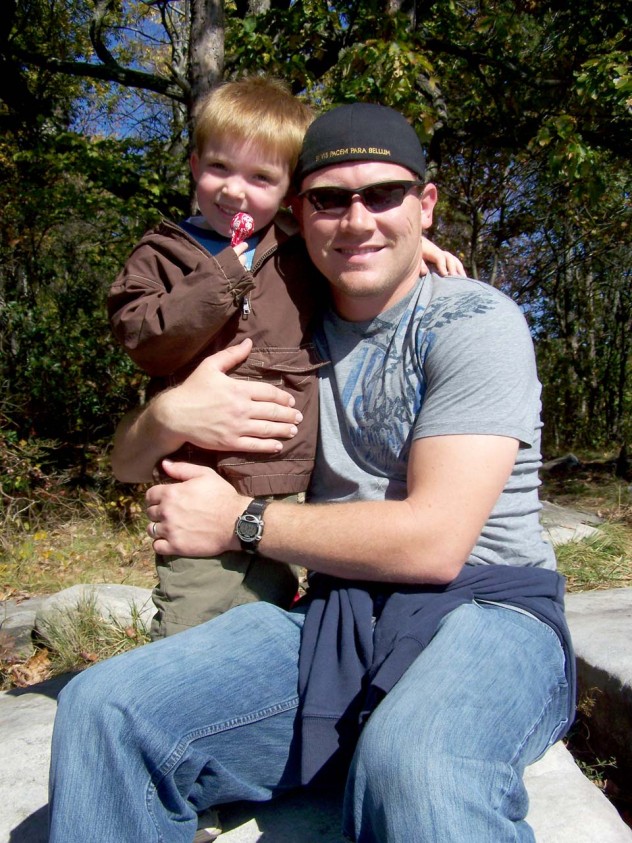 I felt bad for not bringing Jackson since our family is not complete without him, but Chuck was right – don’t bring the child who has no fear to the edge of a mountaintop. We only let Jeremy walk so far towards the edge of the cliff and that was even holding his hand. It’s just too risky. Our little hiker was so worn out by the time we made it back to the car. After lunch and a bath, he zonked out.

Chuck’s surprise visit was worth every second. We are well past the half way mark and face just three weeks until we meet in Chicago for Thanksgiving. After that, it’s smoothing sailing to mid-December.

3 Replies to “My October Surprise”