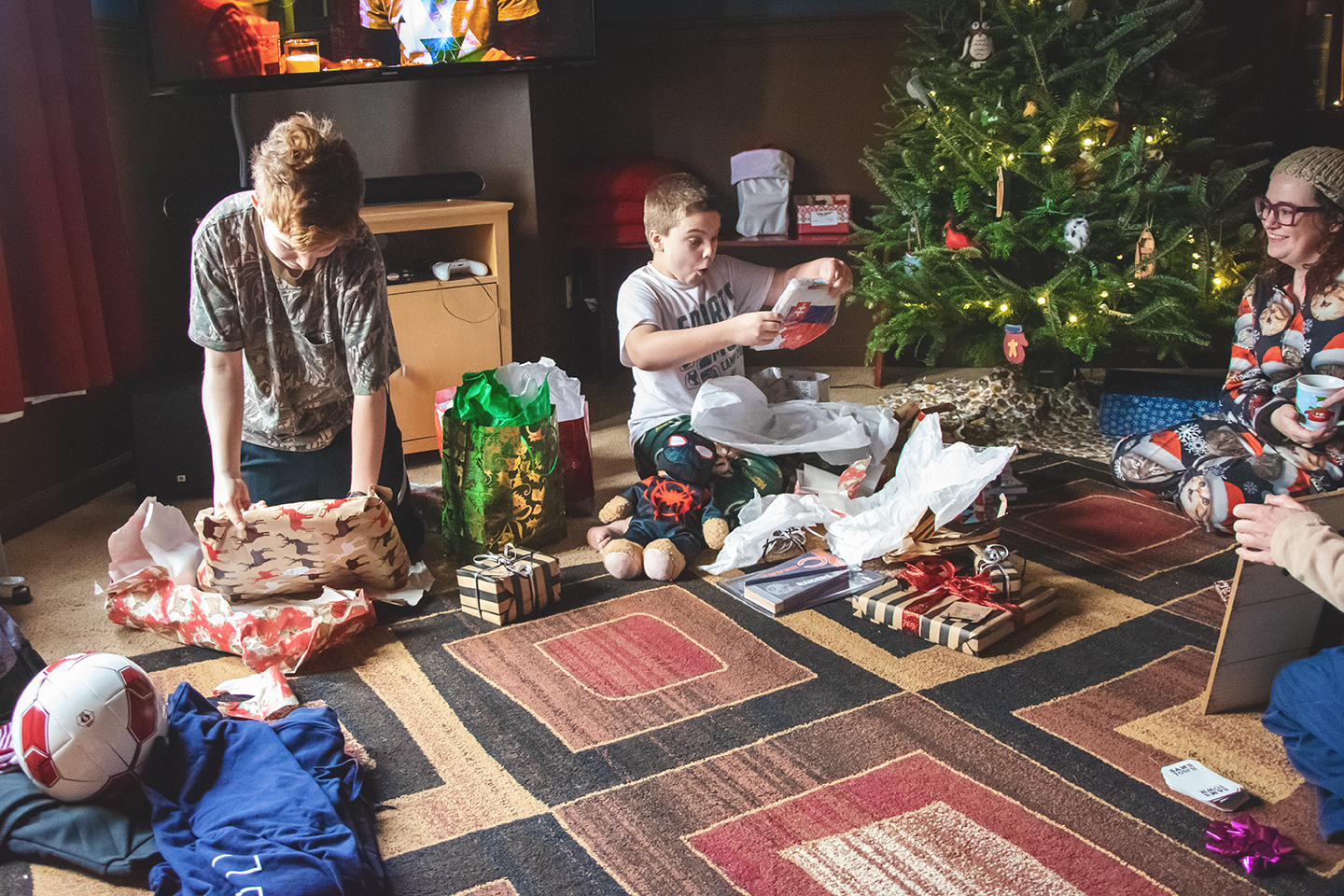 Honestly, we did our best. It was a tough year, so it’s hard to be festive during a time that’s meant to be shared with family. Chuck and I focused on the boys and kept our days lazy.

We had Tom Jr. with us for several days, Chuck’s cousin who lives in a nearby home for adults with developmental disabilities, as well as a quick 24-hour visit from our niece, Hayli.

Per usual, the gifts we give our boys are minimal but exactly what they wanted or needed. The Four Gift Rule is still in play, though sometimes there’s an extra small thing or two thrown in.

Jackson has had a terrific year with good grades and a cheerful attitude, not to mention the dozens of times he made the right decision in a moment of tension or stress. He will be 13 this year, a number I cannot even imagine for my little Jack, but after hearing him say over and over again, “I’m going to start saving for a Nintendo DS,” I suggested to Chuck that we go ahead and surprise him with one. We’ve actually never bought a device of any kind for our kids, so it was a big treat.

Jeremy, too, was surprised to find two new soccer bags, a Liverpool soccer ball, and a note in a water bottle that informed him we’d signed him up for an indoor soccer season. His reactions were also satisfying.

I captured both of their reactions on video:

My favorite photo from the day is this one: Jackson is reading one of his new flag books while Joshua, his Build-a-Bear bunny rabbit, enjoys his new Miles Morales (Into the Spider-Verse) outfit.

Jackson was thrilled to learn we had not forgotten about Joshua.

I made a simple meal and enjoyed visiting with Hayli while I cooked. We took a quick photo together with my cell phone (forgive the low quality), and after we said goodbye to her, we all slid back into pajamas (for those of us who got dressed for the day) and watched Christmas 2018 fade away.

It wasn’t terrible, but it was different. It will always be different after family members leave us. Fortunately, the low-stress method was the right way to go. No muss, no fuss.

However, if there was one lesson I learned this holiday season, it’s that staying home and keeping it simple is fine, but opting out of traditional Christmas in favor of traveling is better.