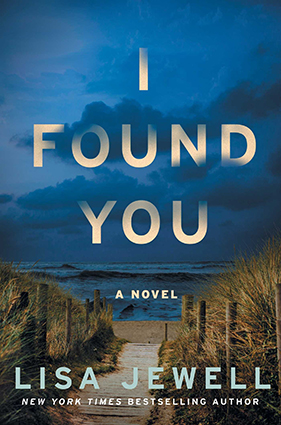 I’m not sure if double or triple timelines is a trend that authors are choosing independently or if literary agents and editors are pushing for it. Either way, I keep choosing these books. I don’t mind necessarily, but it’s a format that I’ll soon need a break from.

I Found You takes place primarily in a seaside town in England called Ridinghouse Bay. Cynical single mom Alice wakes up one morning to find a man sitting on the beach outside her house. She approaches him only to find out he has no idea who he is or what he’s doing on the beach. Instead of leaving him there, she welcomes him back to her house for a shower, a hot meal, and eventually, a short-term place to stay until his memory returns.

A second part of the book takes place in London and focuses on Lily, a newlywed whose husband would normally go to work and come home like clockwork. When he doesn’t come home one day and cannot be reached on his cell phone, Lily calls the police and thus begins a missing person search. Matters aren’t helped when Lily realizes she knows little to nothing about the man she met and married in a whirlwind e.

A third narrative takes place as well, but this time it’s in the past (1993) and follows Gray and Kirsty Ross, a brother and sister on summer vacation with their parents in Ridinghouse Bay. All was well and good until a charming young man, Mark, starts paying too much attention to Kirsty, and Gray doesn’t trust a single thing the local boy says.

I Found You is a true mystery in that the first overarching question readers have is if the man on the beach is Lily’s missing husband. The second question is how Gray and Mark from 1993 fit into the future narrative. The answers come at the beginning of the third act (last third of the book), and then the question becomes, “How will this all turn out?”

I wasn’t blown away by I Found You in the way I was with Sometimes I Lie, which remains one of my favorites, but it was still a good read and one that kept my interest until the end. It reminded me of a Liane Moriarity book, so if that’s your type of fiction, give it a go.