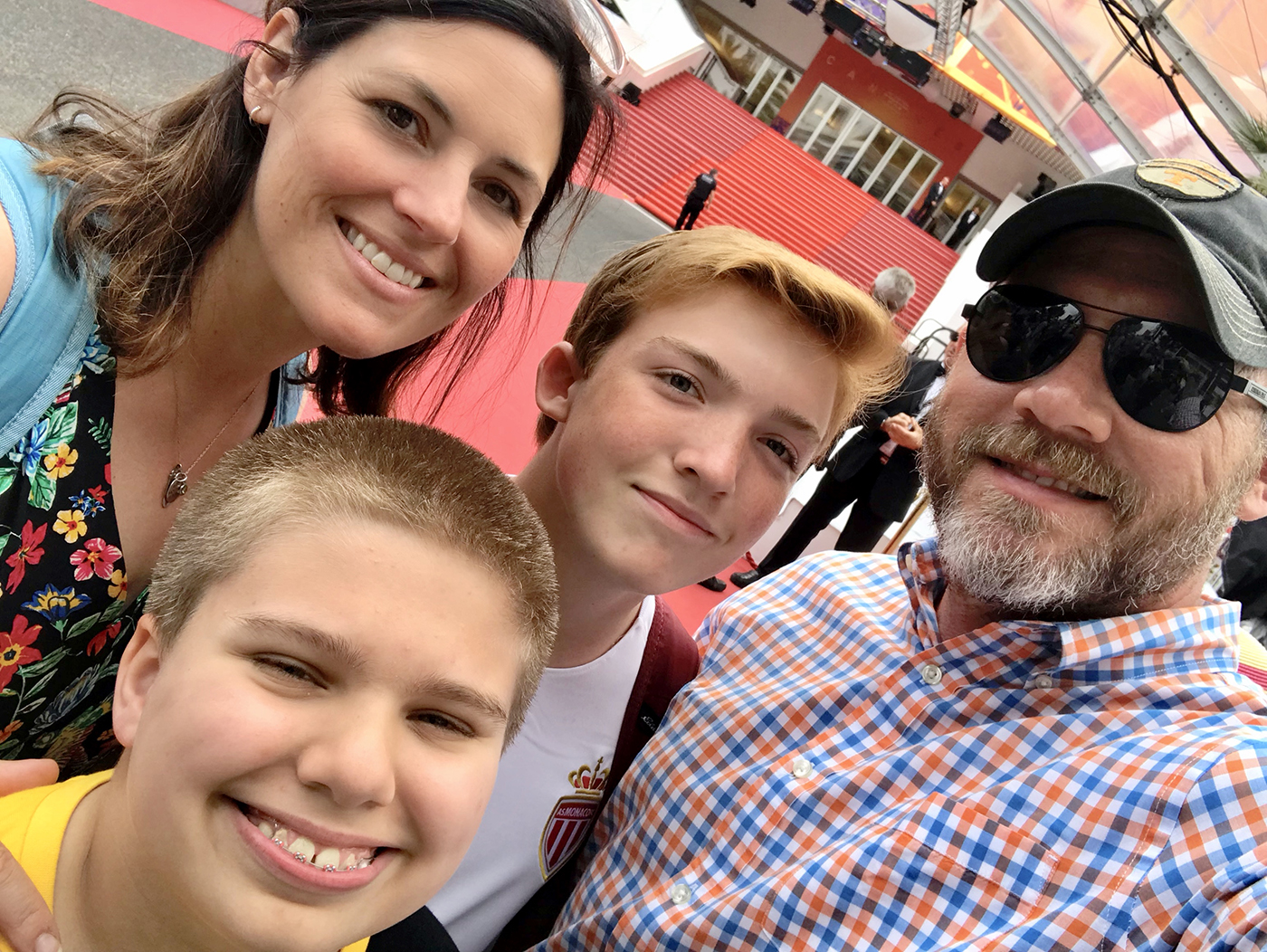 We scheduled a morning to sleep in and take our time, which was necessary for happy moods and getting some laundry done. Once everyone was sufficiently awake, we packed up our Eddie Bauer packable daypacks, which I love, and headed for Billionaire’s Bay.

I knew Jeremy would enjoy every minute of the morning. He has loved the water since birth and could spend inordinate amounts of time just observing what’s down below. The water was cooler than he would’ve liked, but man oh man was it crystal clear.

We kept following the trail, which was virtually empty, save a couple of hikers here and there.

Jackson was the first brave soul to enter the chilly Mediterranean Sea.

You only live once! Jump in!

I can’t get over how beautiful this place is. It was only a 20-minute drive from our apartment and it was free to the public.

We headed back to the apartment to clean up for Cannes, which was only one train stop west from Antibes. (The train fare was $3.20 per person.) We had zero expectations for Cannes because we had no clue how the film festival would transform the city and make it either less convenient or more convenient for travelers. So, we hopped the train and kept an open mind.

There was a lot of this in Cannes:

At least half of everyone walking around were in tuxes and nice dresses. Some had lanyards around their necks, which signified they could enter the festival, but others carried signs saying they needed a ticket or two. We supposed the film festival was invite-only.

The coolest thing by far was Jeremy’s pick-up game of chess. We came upon a chessboard surrounded by Frenchmen so we stopped to watch them play.

We encouraged Jeremy to play the next free game and were SO PROUD that he wasn’t too shy to jump in. He didn’t win, but he kept his opponent playing for a while and earned the respect of older onlookers.

Scattered throughout the square adjacent to the Palais des Festivals were imprints of movie stars’ hands, foreign and domestic. We stumbled upon a few American actors and actresses:

One thing we opted out of was staying to watch the Cinéma de la Plage (Movie on the Beach), which is free to the public during the Cannes Film Festival. Each night is a different film, and we crossed our fingers hoping it would be an English-speaking film (American or otherwise) the night we were there. Alas, it was a foreign film so we decided not to grab four seats and stay.

The previous night, however, they showed Boyz in the Hood. ?

We also decided not to linger in an attempt to see Sylvester Stallone, who would be walking the red carpet later that night. We did see Adrien Brody on the boardwalk though!

Dinner in Cannes was one of our best experiences on the entire trip. We chose a little restaurant on a side street where we could sit under an umbrella and people-watch. Our waiter was terrific and took care to help the boys with their French.

The boys wanted ice cream for dessert (we promised them we’d eat tons of ice cream on this trip!), but Chuck and I wanted Nutella crêpes. Holy moly. Get in my belly.

The night in Cannes concluded our time in France, and frankly, I was sad to leave. Everything about our French experience was wonderful. But, it was time to go back to Italy, so we packed up our things the next morning and headed to Levanto and Cinque Terre.