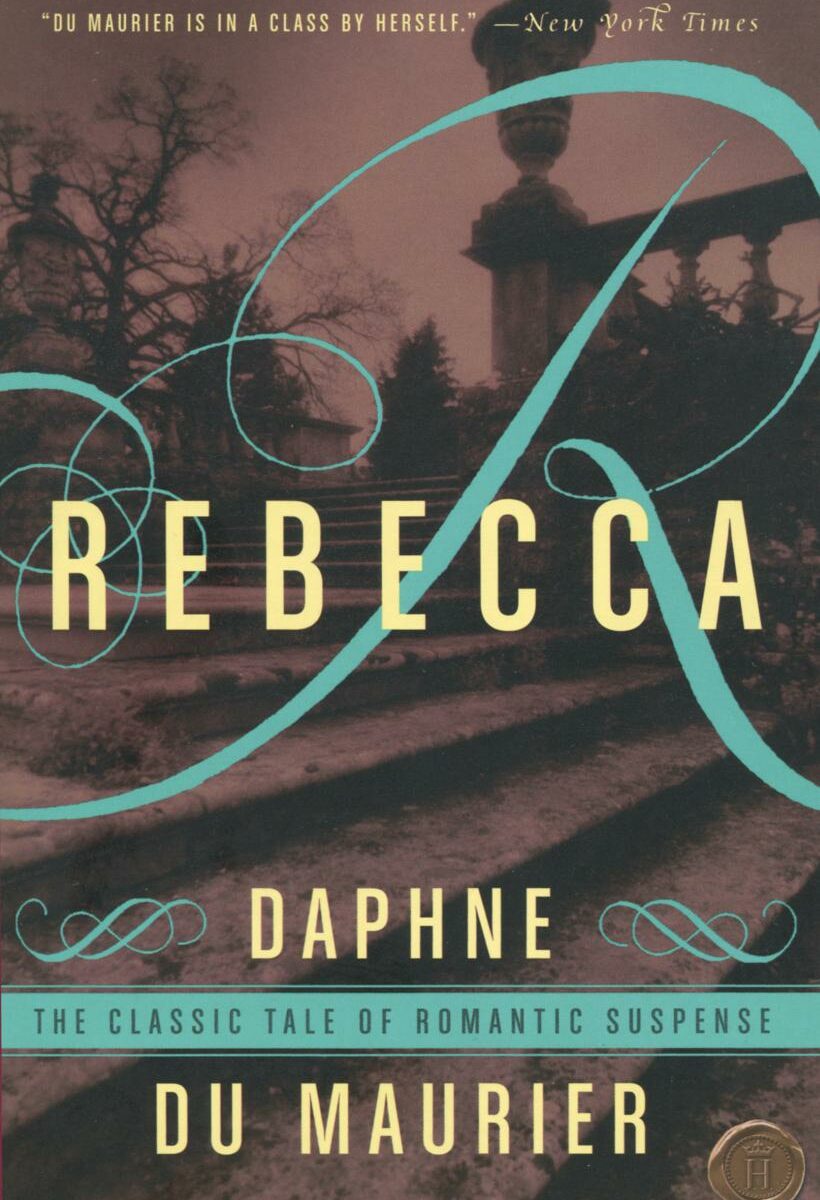 Teaching English at our co-op has reignited my interest in the classics, and one glaring void on my shelf was Rebecca. The 1938 Gothic novel was written by Daphne de Maurier, and since its first publication, Rebecca has never gone out of publication.

The only thing I knew about Rebecca prior to reading it was that Rebecca is the deceased wife and the narrator is the new wife. I also knew it was set in England, but beyond that, it was a classic mystery I knew little about.

To my utter delight, the opening scenes occur in Monte Carlo, Monaco, and I had no problem visualizing it. The unnamed narrator is a lady’s helper on vacation when she meets Maxim de Winter, a recent rich widower. After only two weeks of courtship, Maxim asks the young woman to marry him, and she agrees. Readers quickly jump from the Mediterranean to Cornwall – specifically, Manderley, de Winter’s magnificent estate.

Our young bride struggles to settle into her new life as Lady of the House. She’s intimidated by Ms. Danvers, the sharp, cross housekeeper, and she’s reminded almost constantly of her husband’s previous wife, Rebecca. Her presence is still felt in the house, despite the fact that she’s been dead nearly a year. Details of Rebecca’s death are scarcely discussed.

The new Mrs. de Winter tries to make her husband happy, but after a massive failure on her part to surprise him (and guests) with her costume for a “Fancy Dress Ball” at Manderley, secrets quickly unravel and the young bride realizes that she knows very little about Maxim, and even much less about Rebecca.

When a sunken boat is discovered in the bay and subsequently raised, the new Mrs. de Winter must decide what to do about all the other surprises that come up with the boat – including a body.

I absolutely adored this novel, though I fully recognize that its magic is not just in the plot. The narrative is dreamy and romantic, utterly fluid and delightful. Manderley is its own magical character, as Daphne de Maurier draws the reader to the magnificent property and inside the looming house. (A quick Google search revealed it was based on a real estate – Menabilly.) I was tempted to not like the narrator because there were so many red flags to not marry this man, but considering the time and women’s roles in the 1930s and 40s, perhaps you can’t blame her.

The end of the book brings the story full-circle, a feature I love in a novel because it shows the writer had a plan, a clear direction. When it begins, “Last night I dreamt I went to Manderley again,” you can’t possibly know how the story will end.

And then when it ends, you can’t help but smile as all the pieces fall into place.