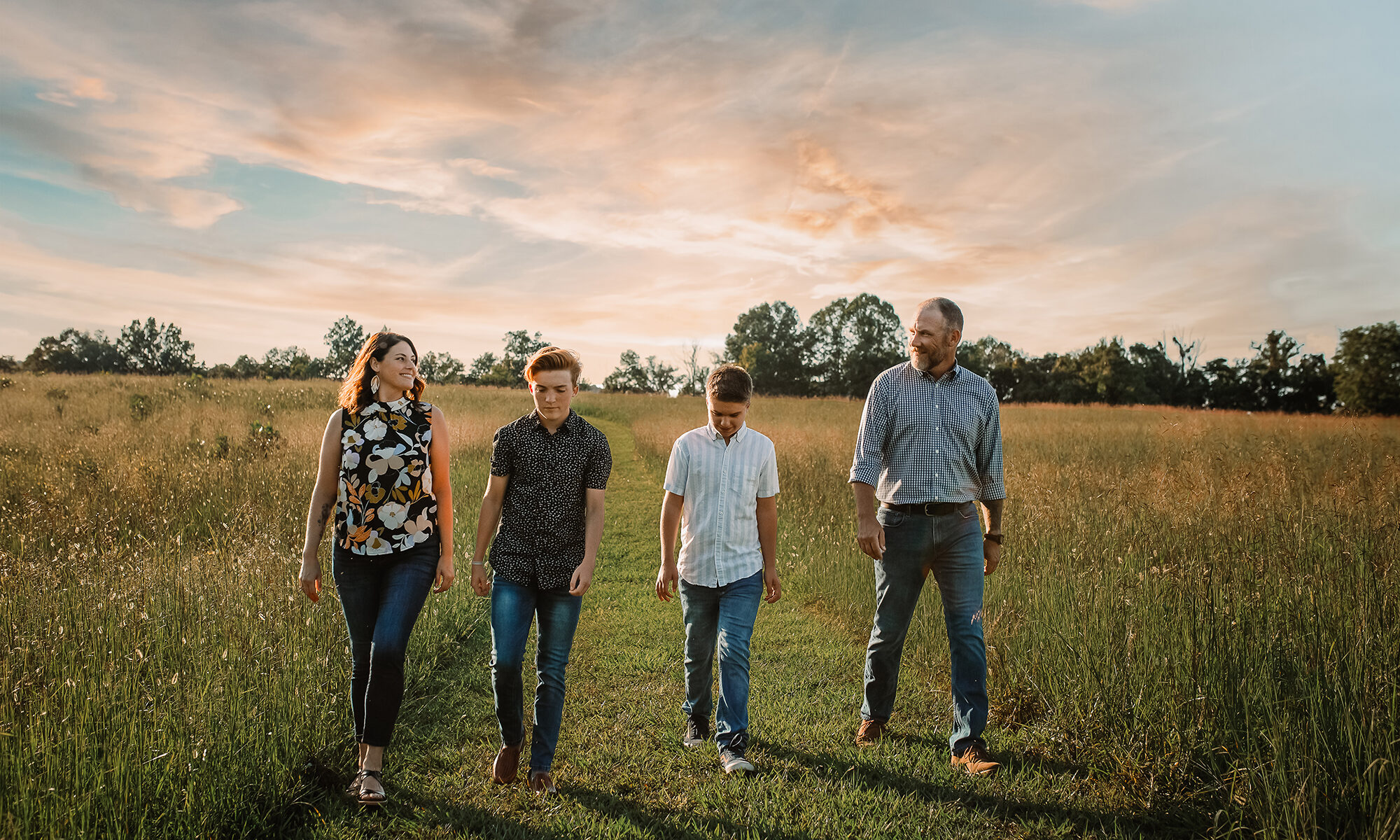 Ten years ago this week, we took family photos in Amarillo. It was a weird time – Chuck was living back in Chattanooga to help care for his mother while the boys and I stayed in Texas waiting for our house to sell. He came back for our anniversary, and I scheduled these photos for us. It was the last time we dressed up in coordinating outfits and paid a photographer to take our picture. The boys were seven and four years old. We could very easily see over their tiny little heads.

Today, Chuck and I have been married for 20 years, and to celebrate, I decided it was time to retake this sweet photo (and one other), but also to capture some new ones. Hold on tight, y’all. Stephanie with Adara Photography knocked it out of the park.

We are still just barely able to see over their heads, though we know this won’t be a thing for much longer.

Our boys are now 17 and 14 years old. They are both in high school, braces-free, and embracing our love for traveling. Despite it being a tough year, we have laughed a lot together.

While family portraits were a priority, so were photos of Chuck and me as a couple. Twenty years of marriage is no small feat. We aren’t still here because it’s been easy or because we’ve been lucky. Seeing us like this reminds me that hard work and dedication is not overrated.

The other photo I wanted to recreate from 2010 was an image where we deliberately bookmarked ten years of marriage:

It felt silly then and a little silly now, but Chuck was a good sport. If we do this right, we could wind up with a sweet collection of memorable photos marking each decade as we cross its threshold.

One last thought: Many years ago we started talking about booking a big trip to the U.K. to celebrate our 20th anniversary. It was something we daydreamed about, something worth waiting for.

Then, after taking the boys to Iceland in 2017, we realized that international travel was far more accessible and affordable than we once thought. Shortly after Bill passed way in April 2018, we decided that waiting for that big trip didn’t make sense anymore. Life was short and unpredictable. Instead of waiting two more years, we took the big U.K. trip that October. It was perfect in every way possible, and while part of me – that annoying, meticulous, perfectionist part – wanted a big round anniversary number to commemorate with a trip like that, I know now it was absolutely the correct time to go.

After all, little did we know what 2020 had in store for us. Not only was Dad’s illness lurking, but so was a global pandemic. How even more heartbreaking would this year have been if we’d waited for 2020 and had a huge, incredible trip to cancel.

All that being said, when this pandemic is over and the borders open up, go where you’ve been wanting to go. Figure it out. Take the trip. Don’t waste time.

Above all, go with the person who makes you laugh like this: