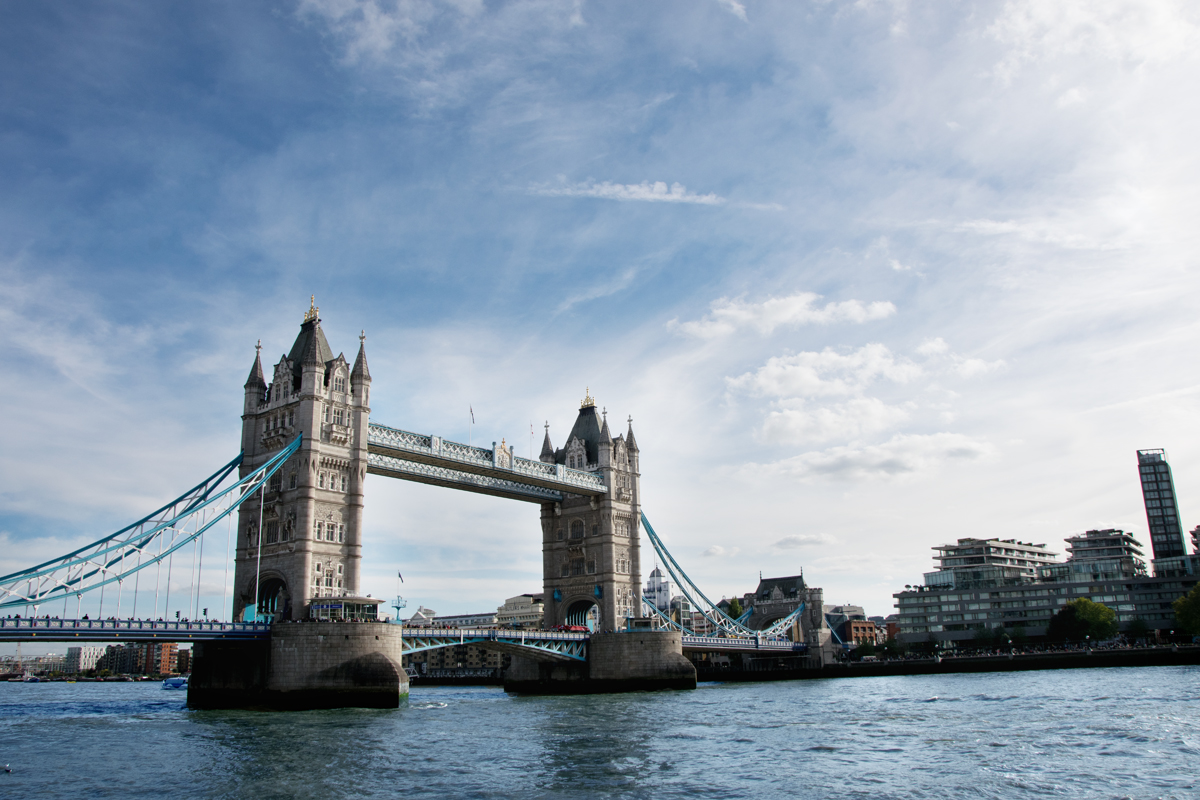 I’ve already confessed to the number of photos I took throughout our 12-day trip. I’m not embarrassed or ashamed, but – I’m overwhelmed. On top of my regular tasks and assignments, I will attempt to edit a chunk each day and post them within a reasonable time. (This goes against the temptation to pull an all-nighter and get them edited in one fell swoop.)

Day 1, October 5/6: Chuck and I flew out of our hometown, a decision that warranted a little more money but paid off when we realized that, upon landing, we’d be home in 15 minutes. Well worth it! The connecting flight between here and Heathrow was Atlanta, and since Corey happened to be flying home from a business trip at the same time we were dropping in, we met near our gate for a quick goodbye dinner.

The flight was uneventful, minus the fact that I slept exactly zero minutes. Already a fitful sleeper, the Valium I took only helped me not freak out during take-off, flying over the ocean, and landing. I might have dozed here and there, but I didn’t sleep. Chuck didn’t do much better, so we knew a nap was going to be necessary once we got to the hotel. We landed just before 11 a.m. on Saturday, so we grabbed our luggage and headed to the rental car park.

‘Cause yeah – we rented a car!

I’m here to tell you that Chuck had no problem driving on the opposite side of the car or on the opposite side of the road. Only two or three times throughout the whole trip did we have to re-circle a roundabout because we missed our exit. (“Look, kids! Parliament!”) We guessed on the road signs and used the GPS to get us where we needed to be. We drove everywhere except to London since the train was more efficient.

Our first three nights were spent in Kingston-Upon-Thames, a market town about 12 miles west of London, home to Hampton Court, plenty of shopping, and where I ran my 21st race. Before checking into our hotel, we went to packet pickup so I could get my bib and chip. The last thing I wanted was to get lost and miss out. My body can handle only so much anxiety at once.

I didn’t know you could live on a riverboat on the Thames, but alas, you can.

After our nap, we explored Kingston and grabbed a meal at Gourmet Burger Kitchen, a UK chain, then perused a five-story shopping mall to stretch our legs. However, since I was going to run a half marathon the next morning, we grabbed a  to go and went back to the hotel to rest.

Day 2, October 7: I woke up the morning of our 18th wedding anniversary refreshed and ready to run. This is not normal for me, as I have consistently slept poorly the night before a race for more than a decade. Not sleeping on the plane combined with not sleeping the night before our trip meant I slept like a baby exactly when I needed to.

Also, the weather was perfect, a detail I did not anticipate for a half marathon in England.

And then I saw a Packers fan across the square. Her name is Elle and she’s been a fan of American football for ten years. I was HAPPY HAPPY HAPPY to meet her and she was sweet to take a photo with an American stranger.

I wasn’t worried about my running time because I knew I’d stop to take photos of Hampton Court, a favorite of Henry VIII’s. I was so pleased to see it was along the route.

There was no rest for the weary because we had plans to tackle London on our anniversary. I showered and ate breakfast as quickly as I could, then we caught the train to Waterloo.

Dobby was also going to Waterloo.

The primary thing I learned while in London is that I am indeed a country mouse. Much of London reminded me of New York City, a city I enjoy visiting but would never want to call home. Neither my brain nor my body is built for that level of chaos or that number of warm bodies.

That being said, we enjoyed everything London had to offer in the single day we visited. The Tower was a must-see, but the rest I was happy to tour on foot as a passerby.

One interesting thing we learned was that the Beefeaters, the Yeomen Warders of Her Majesty’s Royal Palace and Fortress of the Tower, live on site. The Tower is its own little community where the Yeomen Warders and their families live and work.

I was particularly interested to view this site, a marker for the beheading of Queen Anne Boleyn (among others). Her remains are buried inside the church on site (Chapel Royal of St. Peter ad Vincula, or “Peter in Chains”).

We passed on waiting in line to see the Crown Jewels because, from the looks of it, we could’ve stood in line for several hours. Neither of us wanted to waste that kind of time. (Not to mention that I’d just run a half marathon, so standing in line sounded like Torture in the Tower to me.)

So, off we went to explore more of London.

I love me some flower boxes.

We walked by Westminster Abbey, where both Her Majesty the Queen and Prince Philip and William and Kate were married, plus where dozens of royals are buried.

Lunch was at a gloriously packed pub with football (soccer) on every screen. Fish and chips with cider became a favorite meal.

We walked by Buckingham Palace, but the Queen wasn’t home. Presumably, she was prepping for her granddaughter Eugenie’s wedding, which was later in the week.

We took a series of selfies at the palace and Chuck decided to make a crown of fingers for himself. He was being a good sport with all of my monarchy obsessions. God bless him and his good spirits!

A walk past the National Gallery provided us a quick view of street art we knew our little vexillologist would love. Indeed, Jackson enjoyed this photo of every national flag in chalk.

George was there, too.

The sun was setting soon and we had plans to watch the Packers-Lions game at the Hippodrome Casino, an NFL ticket hub for Americans and fans of American football. It isn’t the most romantic way to spend an anniversary, but we make our own rules.

The game did not end the way we wanted it to, but there, in London, on a dream trip together, it really didn’t matter. We grabbed the train back to Kingston and collapsed into bed. October 8 would have plenty of adventure on its own.

Up next: Hever Castle