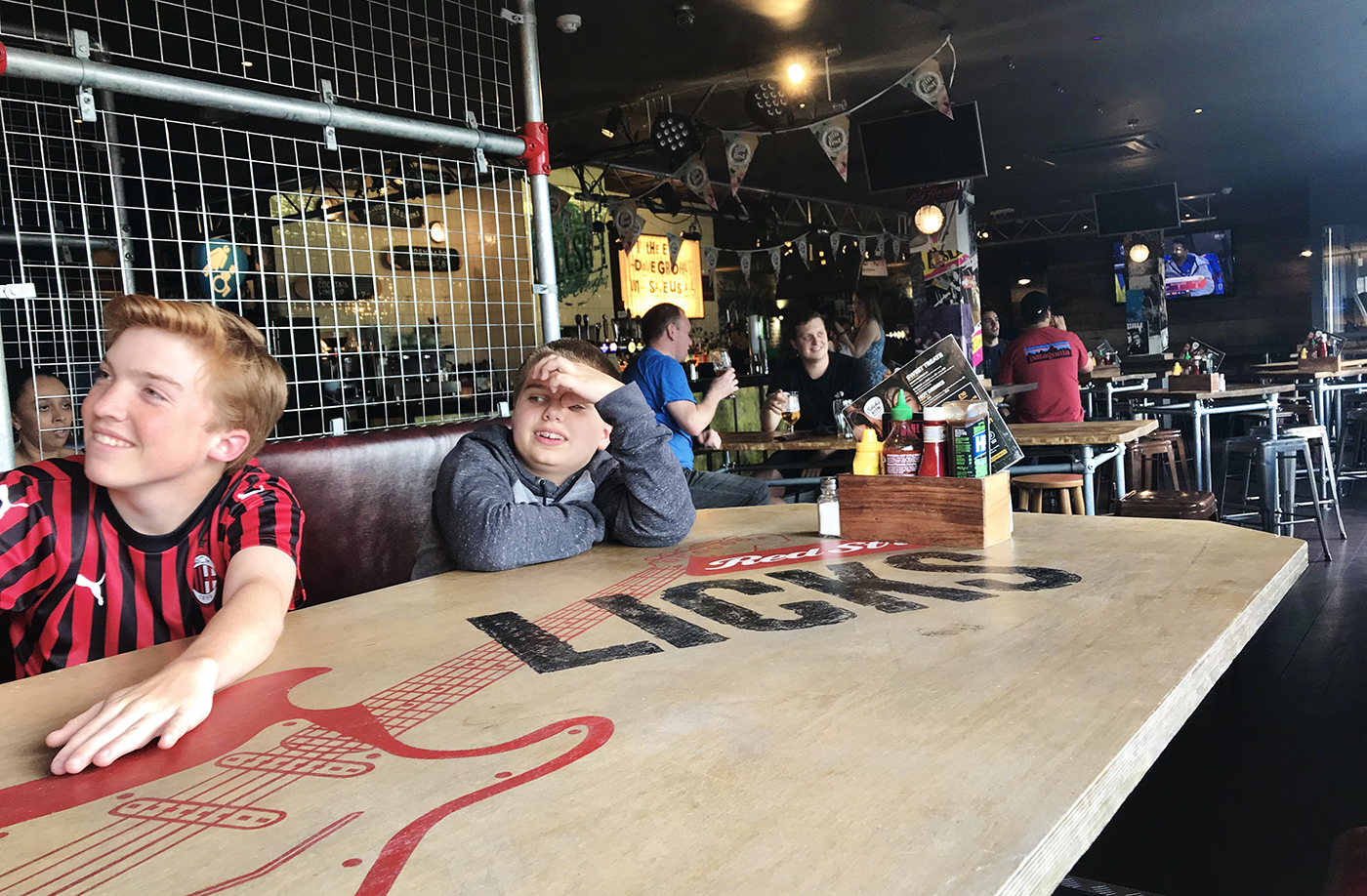 As promised, we made sure the boys set their feet in London before flying back to the States. A quick Easy Jet flight from Milan made that happen.

Honestly, I got teary seeing the land from overhead. I love England. I love it. I love being there, I hate leaving it. I’ve had a crush on Britain for decades and now I’ve been twice within a year. I’m already planning a third trip.

For our final day of sight-seeing, we grabbed dinner at a pub in Shepherd’s Bush (where I had the most amazing BBQ Jackfruit quesadillas!) and then hopped on the tube for Piccadilly Circus so the boys could have that “Times Square” London experience (i.e., all tourists, no locals). That’s where the LEGO store was, after all.

It was there that I saw the most exciting LEGO set ever: Stranger Things!

I didn’t take a lot of photos during our afternoon and evening in London because I’d already taken 700 throughout the trip, and frankly, I just wanted to walk the streets and enjoy myself. We got out of Piccadilly Circus as quickly as we could (because people!) and strolled through St. James Park and Westminster. Both boys wanted to see Buckingham Palace.

When our evening in London ended, I started pouting almost immediately. I didn’t want to leave. I wanted to keep going – head to Wales or Cornwall, maybe drive to Yorkshire and the Lake District. There’s so much more I want to see.

For now, this trip will have to tide me over, and it definitely will. We all agree that Monaco was our favorite day on the trip, and the day after in Antibes and Cannes is a close second. Italy wasn’t what we expected, and I can’t say that I’m in a hurry to go back.

France, on the other hand, has me more curious than ever. I’ve been to Paris and now Côte d’Azur, but there’s a whole lot of countryside in between. ??