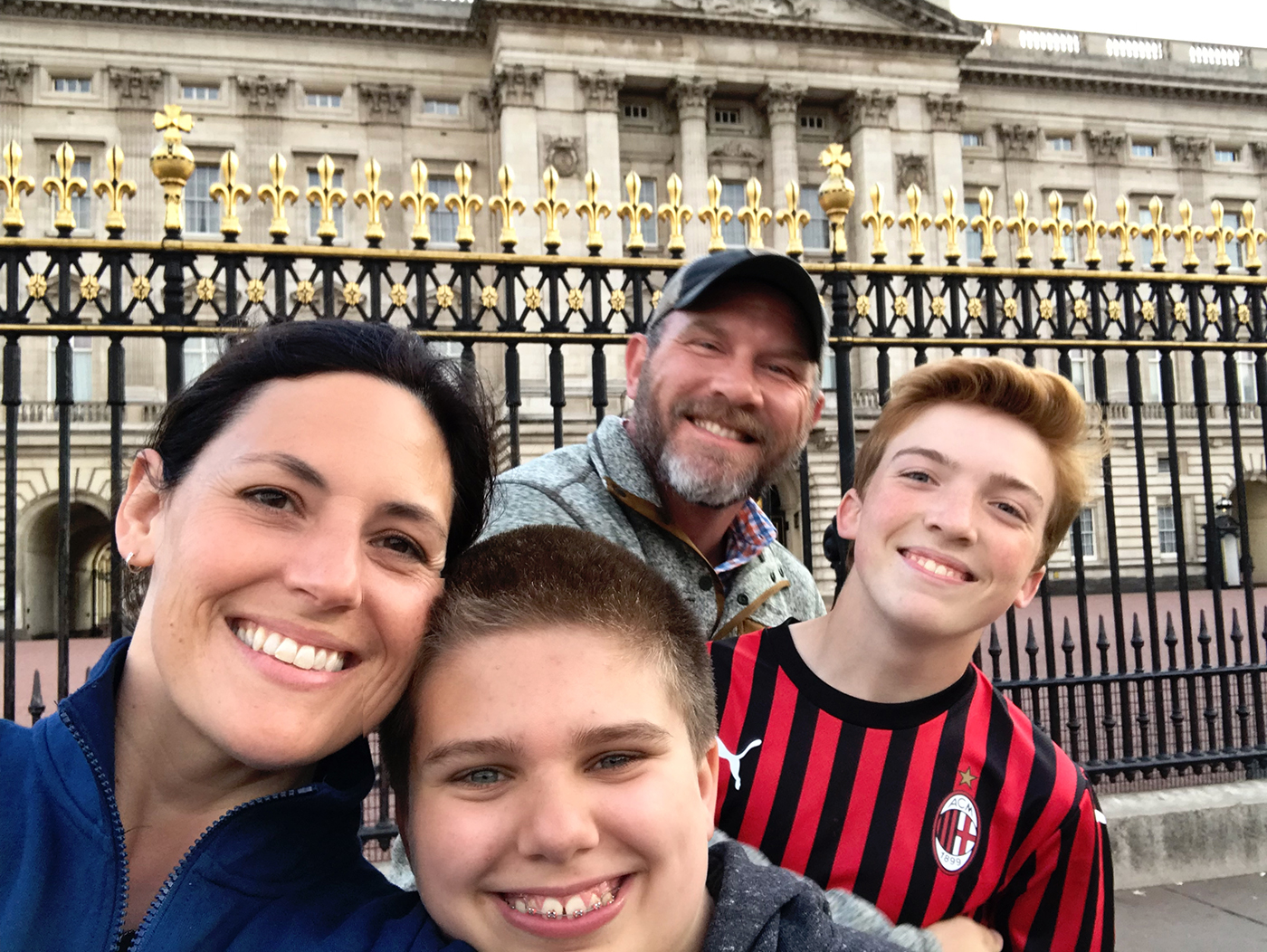 At some point during winter, Chuck and I started talking about where to take the boys on a summer vacation. We like to travel as soon as we’re done with school, which ends at the onset of Mother’s Day (a lovely gift I give myself). Also, traveling before Memorial Day weekend tends to save a little money and definitely cuts down on the crowds.

Our original thought was to take the boys to California since they’ve never been. Rent a car, drive the coast, venture into L.A. so Jackson can marvel at the Hollywood sign… It sounded like a good idea.

But then we started seeing unbelievable fares out of Chicago, which is where we planned to fly out of since we were going there for Jacob’s graduation. When a fare to London showed up at $398, we decided to jump on it. We’d fly roundtrip from Chicago to London and see what could happen in between.

By mid-March, we’d made loose plans. We knew we didn’t want to stay in the UK since Chuck and I just did that in October, and we knew Easy Jet could take us almost anywhere in Europe for cheap. When a fare to Milan popped up for $67, we decided Italy was as good a country as any.

Then we started researching where we could drive to from Milan. The Mediterranean Sea was a four-hour drive from Milan. We thought, let’s go there! Why not! Let’s go to France! Is Spain too far away? Where else could we go?

At the same time, Chuck and I had discovered “Drive to Survive”, a Netflix docu-series on Formula 1. On a whim, we googled races. Most of them happen in Europe, so maybe there was a race when we were already scheduled to be there.

Sure enough, the Monaco Grand Prix was scheduled for the exact week we planned to be in the French Riviera. We researched logistics and bought tickets for the first two practices. Unreal.

Sure enough, it was.

After France, we went back to Italy and explored two towns that make up Cinque Terre’s five towns. Stunning, stunning.

We finished the trip with an afternoon in London and caught a flight back to Chicago the next day. We wore ourselves out, but every second was worth it. Yes, we are already talking about where to go next.

I took an obscene amount of photos (of course I did!), so it will take a week or longer to sort through them and upload posts that fully describe the trip. Since this blog serves as a scrapbook for our family, I will include all the highlights. I did the same thing with our Iceland trip in 2017 and our UK trip in 2018, and I still enjoy going back to read those posts.